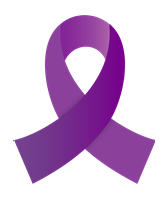 My story started 3 years ago. I was operated for appendicitis in March. In April I woke up in a morning with a pain on the left knee.  It was swollen. It hurt more when I went. I said: “Nothing wrong!”, thinking that I hit it without realizing. It was before Easter, so I continued to be normal. No doctors, no meds. During a week, the pain continued, moving to the right knee, than to the right ankle. They were swollen too. I went to the doctor and she said: “I’m sure that this is rheumatism. You’ll have tests to confirm, but anyway you have to do injections of Penicillin!”. I was shocked because I didn’t felt sick. I went there just because my mother said to and then I found that I have this. I took the treatment, but when the test came, the doctor realised that all are normal.  She said: “Oh! I think that there is a mistake from the laboratory. You’ll go on with this treatment for a week and then we’ll repeat the test.”. After 2 weeks the test results were the same.  I gave up because the treatment had no effects. Left knee was still swollen.

During 2 years I went to more than 10 doctors but all my tests were normal and they said that I’m ok, that I don’t have to worry about this. Most of them said that what I felt are growing pains and they’ll disappear when I grow up ( I mention that I am 158 cm since I was 11 years old). They referred me to psychologist but I refused to go. I agree the pain can be in my mind, but bumps are real.  The pain became exhausting, but was just in my leg joints (knees, ankles, hips). The analgesics were useless. I had nothing to do, just waiting and hoping this will be over.

In September 2010 I had a car crash. I had just few bruises. One month later the calvary started. The pain became more intense and moved to all the joints (big and small), but the swelling was just in my elbows. This is not all. The muscle pain started too.

Finally I went to a doctor that suspected Fibromyalgia. I was surprised when he began asking me about headaches, digestion problems, sleep, and anxiety. It was exactly what I had. I had 13 sensitive points. I thought that I found a diagnosis for my problems, but I was disappointed when he said that he can’t give me the diagnosis because it is too dificult. He gave me sleeping pills and that was all. So what can I do? Wait and hope again…

Since then nothing’s changed. I don’t feel the pain in the same way because I used to it. Sometimes it becomes unreal but I don’t have a solution, so I go on.

I wrote this because I still hope that somewhere there is someone who can help me.

I’m sorry because my English is so bad. 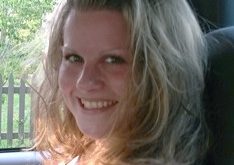 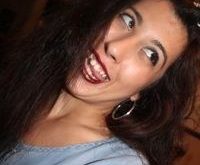 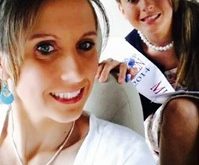 Today, I am filled with guilt, embarrassment and frustration. It is a familiar place for …