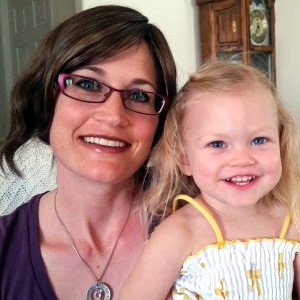 Hello, I am a mother of four, aged sixteen to 22 months. I live in California and am married.

Most women get a baby after pregnancy. However, my pregnancy gave me a baby and cancer. Actually, two babies and cancer. That’s right. I got cancer from my pregnancy. Who knew such a beautiful milestone could turn into a life threatening event? This is the problem: lack of awareness and informational knowledge.

Molar pregnancy is known as gestational trophoblastic neoplasia or GTD. Not all molars turn into this fast and aggressive, malignant placental cancer, choriocarcinoma, but mine did.

There are two types of moles: partial and complete. Both are grape-like germ cells that give off pregnancy symptoms. In a partial mole, the egg is fertilized by two sperm, doubling the sets of male chromosomes and therefore developing fetus abnormalities. The pregnancy has to be terminated if not miscarried naturally.

In a complete mole, the fertilized egg has missing DNA/chromosomes and is therefore unable to support the pregnancy, stopping at the placenta. These cells are more susceptible to turning malignant, enhancing the chances of choriocarcinoma. I had a rarer case of a complete molar pregnancy alongside a baby, meaning it was her twin. I was not diagnosed until four months after my daughter’s birth, and oncology suspects the molar pregnancy was fully gestated around 25 weeks into my pregnancy.

As complex as this disease is, the realities are severe and real. I had regular pre-natal care, and the only signs or symptoms during my pregnancy were contractions at around 25 weeks. These contractions grew stronger and stronger, yet my OB/GYN could not find anything wrong. He put me on mild rest, and then told me to quit working out. This was my fourth pregnancy, so I knew these were not Braxton Hicks contractions.

I didn’t make it to the hospital, as my baby was born in the ambulance en route to the hospital. I had postpartum bleeding for eight weeks, which was my second symptom. I mentioned my bleeding to my OB/GYN, and he seemed to think everything was alright, especially after a physical exam.

Shortly afterward, up until four months after giving birth, I bled intermittently and had menstrual-like cramps. I was breastfeeding exclusively, so I began to get suspicious. I finally woke up one night, hemorrhaging and in a panic. The following day, I had no bleeding, so I had some temporary relief until the next day, when I passed some fairly thick blood. I knew then something was terribly wrong.

My OB/GYN saw me that morning and did a vaginal ultrasound, and we saw the grape-like cluster image. I was admitted to a local county hospital. It took twelve hours to officially diagnose me, after several tests and massive hemorrhaging. The date was February 1,  2014, and I began chemotherapy on February 4th. My B-hCG levels were over 221,000 and I became resistant to single methotrexate injections, so I was put on the grueling EMA/CO 5 agent regimen. I had a total of twelve rounds of chemo over six and a half months. Every other week was inpatient following outpatient. If caught in time, choriocarcinoma responds very well to chemotherapy.

My baby will be two years old this September. She is healthy and said to be out of harm’s way regarding cancer, though she did lose her twin. We are very blessed to have put this behind us and to have the great opportunity to move forward with precious life.

UPDATE 3/13/16: Seven months after publishing her Power Story, Cindy is still in remission, and her beautiful daughter is now two years old and doing great (as you can see!). 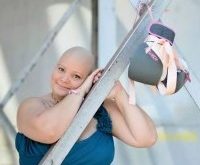