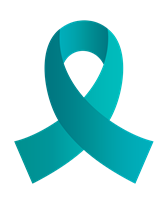 My name is Christine Medina. For many years I went from doctor to doctor because I believed something was wrong with me, my body and the way it was working. Some doctors were in disbelief, and I truly think that others just thought I was over reacting. Blood work and tests were done many many times looking for reasons of why I thought things were not right! It had got to the point where I was almost ready to give up. Well, on a visit to a new general care practitioner I told her some of the issues I had been having.  She looked at me and said I believe you. She gave me the name of a doctor in the next town and said she would be able to help me.  A week later I was in this office explaining to this doctor what was wrong. How I was in pain, how I had menstrual cycles that would last forever. how I could not drop a pound no matter how hard I tried. How my mood would change from being one of the happiest people to being so depressed that I didn’t even want to get out of bed. This woman looked at me and said this is where we will start. Blood work was done but on things that other doctors found no reason to check. Ultrasounds were done, not only vaginal but of my thyroid too. A few days later I was back in her office expecting to hear some of the same things I had been hearing. Was I was so wrong! I was diagnosed with Polly Cystic Ovarian Syndrome, a.k.a. (PCOS). There is no one test or blood work that points this out. To know that I was not crazy and there was truly something wrong with me, and I now had a name, was a relief. That was four years ago and I have been fighting ever since. PCOS effects your pancreas and causes an insulin resistance, which causes weight gain. In my case it also affected my thyroid. Throughout this process I was pregnant four times but only carried one beautiful child to full term. Women with PCOS either miscarry, have fertility issues and seek help to have children or have no children at all. Having and living with PCOS you are always on the lookout for ovarian cancer, nutria cancer and thyroid cancer because it puts you at a higher risk. I also suffer from a chemical imbalance with hormones, mood swings and great bouts of depression. As my body changes and I get older, some of the symptoms have become harder and harder to control as they will get stronger. There is no cure for PCOS and although you look perfectly fine on the outside its another story on the inside. Today, I still battle and research for new ways and medications to help myself knowing that I will fight like a girl till my last breath.