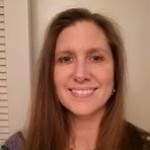 To begin, I am the 43-year-old mother of a 7-year-old boy, and the only other major medical condition I have faced before was getting my tonsils removed at age 4. I discovered a lump (enlarged lymph node) in my neck around mid-March 2015. I sort of kept note of it, as I had previously had enlarged lymph nodes that doctors had dismissed as my body fighting off an infection, and they told me that it would subside in a month or two.

In July, I made an appointment to see my pulmonologist for my mild asthma and to get a check-up since it had been nearly two years since I was last examined. He noted that I had the enlarged lymph node, and he told me that I should absolutely get my primary physician to examine it. I waited another couple of months before actually scheduling to see my primary physician and was examined by him in September. I told him that my symptoms seemed to be more in line with hypothyroidism than anything else. I had gained weight, I was lethargic, and my hair was breaking/falling out. He did blood work and established that it wasn’t my thyroid, so he referred me to get a fine needle aspiration of the lymph node. That was an uncomfortable experience, but they did notice from that procedure that I had some enlarged/atypical lymphocytes. I was still dismissive, thinking they must just be reactive lymphocytes and that I had some kind of virus/auto-immune reaction.

My primary physician advised that I see an ENT/neck surgeon for a full tissue biopsy of the lymph node. I delayed a few more weeks before scheduling to meet with the ENT. I met with him Nov. 5th and was scheduled for my biopsy by the beginning of the following week. I had the biopsy done on Nov. 13th. I received my diagnosis on the afternoon of Nov. 19th, only because the ENT couldn’t reach me the evening before on the 18th. I was in the midst of recovering from the biopsy surgery, watching TV in my bedroom, catching up on the Arrow episodes I was behind on. I received the call around 2pm on Nov. 19th, and it was a devastating revelation to hear that I had Hodgkin’s Lymphoma. He told me that he was referring me to an oncologist, and I asked him to be sure to email me the info because I was not going to remember the name in this moment.

Within 2 hours of that phone call, I had received the information for the oncologist and reached out to her via email. So before 5 pm that day, she was already on top of scheduling the necessary tests to get me on the path to treatment. By the following day, Nov. 20th, I had an echo-cardiogram scheduled for Nov. 23rd (today). I came to find out that the reason for the echo-cardiogram is so that they have a baseline for your cardiac health prior to beginning the harsh treatment of chemotherapy. By noon, I had received my next call for scheduling the PET Scan which, from my understanding, is the one that “really counts,” as this will be the one to establish how much of my lymphatic system is compromised at this point and how big the treatment plan will have to be. My PET Scan is scheduled for Dec. 1st. Hopefully I will learn what stage and sub-type of Hodgkin’s Lymphoma I have and will begin treatment in the 2nd or 3rd week of December.

This is my story so far. In my opinion, this is the worst part of the whole process: Knowing you have something that can be treated but being unable to begin treatment. Waiting sucks! By the way, to top it all off, I am moving within the next few weeks as well, so trying to plan a move and my medical needs at the same time is more stress than I would wish on anyone. Thankfully, it is a local move, so I will not have to find new doctors. So at least that part is easy.