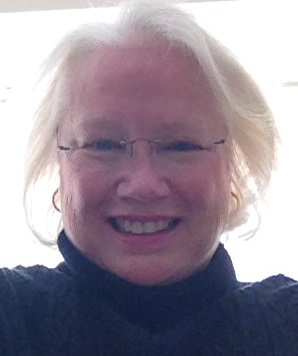 On March 8, 1990 it started out as a normal day for me. I was taking care of my three young children while working nights at the hospital as a registered medical technologist. I was beyond stressed and exhausted. I took my 18 month old son out of bed and started down the stairs with him. Suddenly I felt like I was hit in the back of my neck and we fell down the stairs. I crawled to the phone and called my neighbor. She found me on the floor hanging on to my son’s leg.

An hour later I was in ER vomiting and my left hand and foot were tingling. I lost consciousness for several days. When I became alert I was paralyzed from the neck down on the right side of my body. A MRI revealed a lesion in my cervical spine. I had no feeling on the left. I kept telling doctors I was nauseated and they blamed the spinal taps.

Two weeks later I talked a coworker into drawing a pregnancy test. It was positive. I had been told I had MS and would never walk again. Nobody ever asked how I felt, I was devastated. I couldn’t even go to the bathroom on my own.

I began to get a little feeling back  and one day moved my toe. I was sent to a rehab facility where I was taught to crawl and then to walk with a walker. I developed fibromyalgia, migraines, irritable bowel, interstitial cystitis, and hashimoto’s thyroiditis. I delivered a beautiful baby girl.

My abusive husband became angrier because I couldn’t work. I had to leave with four babies, still unable to work or walk.

Six years later I learned that I had high levels of Epstein Barr virus  which basically entered my spinal cord. I have been treated with high levels of antiviral agents.

Today I’m still here and walking  having far exceeded what my doctors expected. And my beautiful bright 23 year old daughter is teaching college!