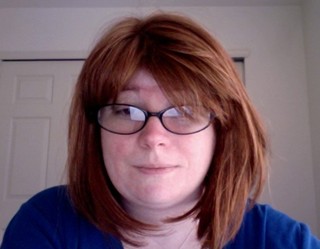 Write, he said. And so I did. I’m Carol Anne and I am pleased to be your new skin cancer writer.

Beginning at the beginning, in October 2010 I walked into the emergency room with something that I believed was minor. A sore on my head had started to bleed. I woke up days later in ICU. I’d had two surgeries and had a breathing tube down my throat. The verdict was basal cell carcinoma that had invaded my skull and brain. I had a titanium plate in my head.

I was still in the hospital recovering when my husband suggested that I write about my experience. I think at the time he wanted me to exercise my brain and my motor skills. I’ve been blogging for years and so it was a natural extension to write about my story. I started slow not knowing exactly what I wanted to share and what I wanted to hold back. I told the story of going to the ER, I told about waking up days later and not remembering the days in between, I shared my fears.

As I collected myself and got my feet beneath me it became clear to me that what I feared most in all of this was the uncertainty. I’d never had an MRI before getting sick and the very thought of having one sent me into fits of anxiety. The doctor prescribed Xanax that I could take before the MRI but being my neurotic self I read that one of the possible side effects is hallucinations. This set me into an even bigger fit of anxiety fearing that I’d hallucinate while in the imagined tube. I walked into the room for my first MRI and was astonished to see the machine. Just looking at it I knew that I could totally do it with no problem. I’d built it up into something between a submarine and a hyperbaric chamber. I thought about how foolish I’d been building a simple medical test up into something so frightening.

As the year went on and I began my radiation treatments there were bumps in the road. The machine broke down and my scheduled end date moved a few times. These are things they don’t tell you at the hospital. I read another cancer patient’s blog and she mentioned the machine breaking down otherwise I would have never known this sort of thing happens. My husband comforted me during setbacks saying, “It’s a machine with hundreds of working parts. It’s in use 5 days a week for 8 or more hours a day, of course it’s going to breakdown sometimes.” A note about the machine breaking down and scheduled end dates changing should be given to every radiation patient.

Then came my first appointment with the dermatologist. I needed a full body exam to check for any more skin cancer. I was beside myself with worry. How full is a full body exam? Would the doctor check everywhere? Were we talking gynecologist type full body exam? I just didn’t know. I searched the web for a description but all I found were men describing their experiences. As the day approached I worried and worried and worried. When the day arrived and the exam occurred it wasn’t as invasive as I’d feared and it wasn’t embarrassing.

As the months have gone on I’ve thought more and more about how it’s not the illness itself that’s so frightening, well it is but it’s the uncertainty that’s overwhelming. Will my MRI be clear? What will show up on CAT scan? Will my blood work come back okay? Did the radiation treatments work? Add in strange new medical tests and full body exams and you’ve got a recipe for major anxiety. Well at any rate it was my recipe for anxiety.

In coming months I’ll try to explain different medical tests so that you will have a better idea what to expect as you fight like a girl.