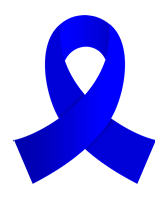 My story begins about a year ago, the start of my sophomore year of high school. I had recently gotten the first of three Gardasil shots (which I never got the last of, due to getting sick and fear of it being caused from the shot) when I started developing these terrible migraines. My head felt like it was going to explode from the pain and pressure. After multiple trips to the emergency room and an appointment or two with a neurologist, they told me it was just migraines and gave me medication. The medicine I was given, sumatriptan or Imitrex, did nothing, if not making me feel worse. I was then prescribed Treximet, and sadly, I had the same results. Eventually, my neurologist prescribed me Fiorcet, which was what the ER doctor had also given me. My headaches died down immensely, and everything seemed to be be getting better.

Around Halloween, my heart started acting up and would continue to from this time on. I missed the rest of my sophomore year. My blood pressure would be extremely low, yet my pulse would be ridiculously high. This brought a ton of fear to my family and me, due to the fact that my older sister’s heart failed and was only working at 9% when she was 15. Thankfully, she is healthy (mostly) and okay now. After another trip to the emergency room, they told me it was all in my head and that I was in need of psychiatric help. That hurt my feelings more than anything. I felt as if I would never feel better, as it seemed no doctors believed me. They had me spend Thanksgiving wearing a 24-hour heart monitor. Nothing showed. I started to believe maybe it was all in my head somehow. I got very depressed and discouraged.

My mom decided to do some research of her own online. Ankylosing Spondylitis popped right up. My older sister had previously been diagnosed with this as well, but she was not as symptomatic as I am. I went to a rheumatologist, and he tested me for AS through a blood test, an X-Ray, and an MRI. He told me, although my bones were not yet fusing, he truly believed I was positive for AS. Finally, some answers! My mom again did research and found that all of my previous symptoms could, in fact, be AS related.

But wait, there was more. In my MRI, they had found that I had a herniated L5-S1, along with signs of degenerative disc disease. Due to that, I had gotten an MRI of my full Lombard spine. My doctor asked when I had fallen off of the roof because my back was so bad. Also, there was severe damage to my left nerve root, which could also explain it all, since the majority of my pain and symptoms were on my left side. Pain medication, Celebrex, Meloxicam, etc. I felt like a human pharmacy. After I didn’t get much better from physical therapy and medication, I got my first cortisone injection in my L5-S1. I felt amazing for a week. After that, the pain slowly returned, and a month later I got my second one. This injection didn’t do anything. My mom decided to make me an appointment with a neurosurgeon at the University of Chicago to see if surgery could help my situation at all. The doctor told me he believed the main source of my problems was Sacroiliac Joint Disfunction, both good and bad news. Good because we may have more answers, bad because we may have another problem. He suggested I get another cortisone injection, but this time in my SI joint. If this didn’t help, I would most likely need surgery to shave the bulging disc. The injection helped a great deal, and my pain has subsided a great deal, but it is still very present. Today, I had an appointment with my rheumatologist, who found an ulcer on my scalp, so now I am being diagnosed with psoriatic arthritis and being prescribed Humira. Being only 16, I know my journey is far from over. I can do nothing but hope for the best and try to remain positive through it all. Wish me luck! 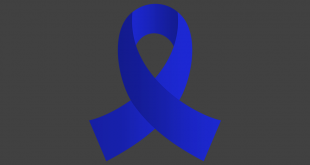