Home / Fight Like a Girl Magazine / Get Informed / Awareness / Are You at Risk for Ovarian Cancer?

Are You at Risk for Ovarian Cancer? 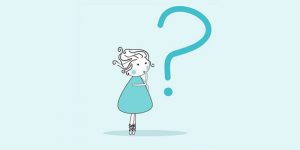 Some women are genetically predisposed to breast cancer, because they inherited one of two genes called BRCA1 and BRCA2. Having one of these two genes increases the risk of both breast and ovarian cancer in women. A woman with BRCA1 or BRCA2 has a lifetime risk for getting ovarian cancer as high as 40%. This is why women who have a strong family history of breast or ovarian cancer, especially if the cancer occurred prior to menopause, should talk to their doctor about testing for these genes. If they test positive, some women may elect to remove their ovaries once they’ve finished childbearing.

As might be expected, women who don’t get pregnant or take birth control pills have a higher risk of ovarian cancer – and so do women with a history of endometriosis. Lifestyle factors play a role too. Women who use talc powder in their genital area are at greater risk, probably because the talc causes low-grade inflammation. There are other possible risk factors that are still unproven including vitamin D deficiency and eating a diet deficient in antioxidants like those found in fruits and vegetables.

Hormones also increase the risk of ovarian cancer. Women who use estrogen without progesterone after menopause for five or more years have a greater risk of ovarian cancer compared to women who don’t use hormonal therapy – and women who take fertility drugs for longer than a year, particularly those who don’t became pregnant while taking them are at higher risk according to some studies.

Reducing the Risk for Ovarian Cancer: What Can You Do?

Know your family history and talk to your doctor about BRCA gene testing if you have a family history of ovary and breast cancer. Breastfeed your children after pregnancy since this can reduce the risk of getting this deadly disease. Eat a healthy diet that includes lots of fruits and vegetables – and make sure your vitamin D level is adequate. Don’t use hormonal therapy after menopause unless the benefits clearly outweigh the risks, and avoid using powder containing talc. Most importantly, get regular gynecologic exams, especially after menopause. It could save your life.