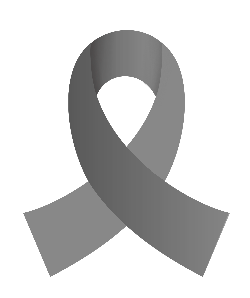 In December 2002, I was diagnosis with epilepsy. After doing an EEG, the epilepsy was determined as Begin Rolandic epilepsy. My seizures were under control through medication and chiropractic treatments.

After a change in neurologists, another MRI was requested in February 2005. At this time, they found an abnormality (no size was defined), thought to have been due to moving during the MRI. My neurologist, Dr. Ismail, decided to do a follow up MRI several months later.

During the summer 2006, I had an increase in seizure activity. July 18th, August 1st, and September 1st.  My parents witnessed the seizure on September 1st, which was different from the type of seizures that they had witnessed prior. They took me to the ER, where the doctors sedated me to stop the seizure. Because of the sedation, my breathing was not normal, so the doctors intubated me. I was admitted to CHOC PICU and they removed the tube the next morning. They kept me one more day for observation.

I was able to get the MRI done in August 2006. It was then that the abnormality was better defined. It was 1.5cm by 2 cm. Located in the deep right parietal area. At this time, they were unsure if it was an infection, inflammation, or a tumor. Therefore, a MRS (MRI Spectroscopy) was ordered and completed on September 8, 2006. The result of the MRS defined the mass as a neoplastic process with inflammation less likely.

September 20 I had a consultation with neurosurgeon, Dr. Loudon of CHOC. He advises having a biopsy done to determine the nature of the mass. The biopsy was on Oct, 9, 2006.

The biopsy determined that I had a brain tumor. I was frightened. I never thought of having a tumor at age 11. Time passed and in January of 2008, at age 12, I had a gamma knife and I felt good that the tumor was gone. Even though the reports wouldn’t come out until nine months after the gamma knife, I convinced myself that my tumor was gone.

In March 2008 I had a 24 hour VTM testing. This testing was to monitor me to see if there was any new brain wave activity based on the two weeks of seizures that I was having late January/early February. I had an appointment with Dr. Ismail (neurologist) and he said that since the seizures had stopped that we really did not need to have the VTM testing. Oh well, maybe they may show something new – it will take a couple of months for all the data to be compiled. We all were feeling pretty good about how I was doing!

Then around the 27th of March, I started to complain about blurred and double vision. During the week of March 31, I had some vomiting which we thought was a virus. I already had a scheduled appointment with Dr. Loudon (neurosurgeon) on April 3, and when we saw Dr. Loudon and told him of the vision, he decided to have me go see Dr. Sami, the ophthalmologist, and have a new MRI done. Then on April 9, I had some more vomiting and my mom decided to take me to go see Dr. Lener, my pediatrician, who gave me a full physical. I did not seem to have any type of virus so my mom told Dr. Lener about my upcoming doctor’s appointments and she was able to hand me the authorizations for both.

I saw Dr. Sami on April 11, and while he was examining me, he identified my eye situation as 6th nerve palsy. One of the causes is from swelling of the brain. So he decided to have me go straight to the hospital – so we did.

I was admitted and had an MRI at 10 p.m. Friday night. By 11 p.m. Dr. Loudon had reviewed my MRI and was calling my parents to inform them that a new tumor had developed in front of the original tumor and that it was bigger – 2.4 cm x 3.8 cm (this is double the size of my original tumor) – and stated that this had to be removed by surgery.

They talked more with Dr. Loudon on Saturday. This tumor was not present when I had the Gamma Knife done in January. It looks like it is an offshoot of the original tumor and most likely malignant.

On Wednesday April 16th, I had surgery to remove the tumor. Once the doctor was in the operating room it took 4 hours and 13 minutes. When he came to talk with my family after the surgery, he was cautiously optimistic that he was able to get it all, telling them that when he pulls a piece of the tumor out, the brain would shift to fill the void. My parents went to see me in recovery and the first thing I asked for was Cold Stone Ice Cream. That made us laugh and we realized that I was going to be OK! They checked my arms and legs and other motor skills to make sure that I was not paralyzed nor had a stroke. My blood pressure was high, and they
started me on meds to try to bring it down.

Once I was moved to PICU, I continued to recover nicely; increasingly moving from Ice chips to – yes – Cold Stone ice cream and some garlic bread from dinner that my aunt had made us.

The next day, they took me off the A-Line IV, an IV that is inserted directly into your artery. Once they took this out, my blood pressure went back down to normal. I was taken for my Post OP MRI, and then I was moved from PICU to the 5th floor which handles neuro patients. I still did not show any negative signs from the surgery.  For that, we are truly blessed and thank the doctors for it!

Then we spoke with Dr. Loudon Thursday evening, and said that it looks like he got it all except a small piece that measures 8.5 x 2.6 x 2.8 mm. Friday morning Dr. Loudon came to see me and I stated I wanted to go home, and he said he did not see a problem with that. So Friday afternoon I came home. I also went to school on Monday.

I still have follow-up appointments and MRIs but nothing dangerous has shown up.

I’m still on medication but I’m slowly decreasing the dosage to where I won’t take anymore meds.

I’m now 16 and I have been tumor and seizure-free for more than three years!

I had my first seizure when I was home from college for my father’s funeral. …