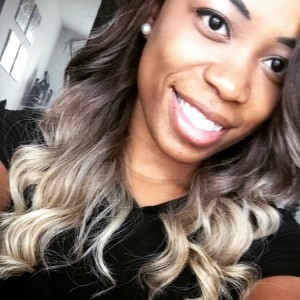 Now that I’m going into my late 20’s, all my friends are having kids, getting married, and moving away. Yet, I have no children (not a bad thing), no husband (also not a bad thing) and have been in the same location for 8+ years now.

As I grow older, I’ve been feeling the pressure of family and some friends to settle down and have kids. It never really bothered me until last summer, when I was diagnosed with Endometriosis.

Ever since puberty, I knew something wasn’t right with how my body felt. I often wondered why I was in so much pain that I could barely function. I watched as my friends had little to no pain growing up, or they just didn’t share it with me if they did. I’ve always had a feeling that I wasn’t going to be able to bear children, since there was a pattern of infertility with my grandmother.

Fast-forward 14 years later to that day in the doctor’s office. He told me I currently had a 40% chance of bearing children, and with Endo, every year I grew older, it became less likely. He even suggested I should start trying now. Knowing where I wanted to go in life, I knew that wouldn’t be a great idea. I left the doctor’s office that day in complete shock, with no reaction to the bomb that was just dropped. A day or so later, I burst into tears. It had finally hit me that I might not be able to have children naturally.

I began to tell my family and close friends as I slowly accepted the reality and dealt with the horrible pain every month. Then, one random day, my boyfriend came home stating that something weird had happened. He said, during a massage, the masseuse said some strange things to him, which came off as almost psychic. Among other things, she asked him, “Your girlfriend can’t have children, correct?” When he told me that, it shook me to my core. I didn’t know that woman and never met her, and that was his first time meeting her.

From that point on, I just tried not to think about it. If it’s meant for me to have children, then I will. I’m not going to dwell on something I have no control over. So I decided to focus on something I do have control of: traveling the world.

Since the majority of people we know are starting families and settling down, Rich and I have decided to put our energy towards opposite: living in new places and experiencing different cultures and areas of the world while we’re young! We are determined to make 2016 our year and have an amazing adventure throughout this whole year! February 9th marks the start. Australia Are You Ready!!