Home / Articles / Health and Wellness / Thinking Positive: Does It Work?

Thinking Positive: Does It Work?

Laurie Health and Wellness, Self Care Leave a comment 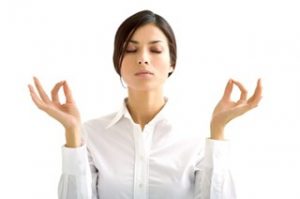 Thinking positive thoughts can indeed change your life – whether you believe it or not. It may take some conscious effort, but when you combine a positive thought with a positive emotion and hold that thought for a little less than thirty seconds, you can effect a change in your life.

Most people don’t bother listening to the endless dialogue going on inside their heads. What is unfortunate about that is this dialogue is mostly limiting in nature as it springs from the subconscious mind and subliminal programming. What is usually found there are beliefs stored by a child’s early caretakers.

As children, people are like little computers with no operating system, no software and no peripheral hardware. By the time a child is three, he has a rudimentary operating system running. That operating system, defined by his caretakers and their beliefs often defines his experiences for life.

By the time he’s eight, that operating system is no longer rudimentary – it now works with all kinds of software programs running: self-esteem beliefs, self-love beliefs and all kinds of other beliefs. All which operate beneath the conscious mind that draws his experiences to him.

Consciously make an effort to change your subconscious programming if you want to change your life. It is that simple. It takes approximately 30 days to change a habit and it is done through simple repetitive techniques.

Well-known motivational speaker Bob Proctor says this is exactly how he changed his mindset and beliefs at the age of 26 in 1961. In 1961, he only made $4,000 a year and owed $6,000. October 21, 1961, Raymond Stanford provided him a copy of Napoleon Hill’s “Think and Grow Rich” and told him to read it every day. He read the book and “got it.” He shares in a recent program that he purchased a battery-operated record player and put Earl Nightengale’s “The Strangest Secret” record on and played it over and over again – for days and weeks on end. He kept it in his car and listened to it wherever he went. Within 90 days everything changed in his life.

Proctor said it took him eight years to figure out how he changed his life, but he finally realized he did it through the simple retraining of his mind. Repetition of the same material over and over – reconfigured his operating software. When he changed the programming, he changed the results. It all started with one positive thought – upon which he built another and another.

Share
Previous One resolution you should keep!
Next 3 Tips for Coping with Panic Attacks When You Have Heart Disease