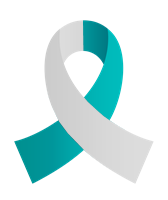 It started when I went to my ob/gyn check up. I was 5 months pregnant, and Dr. Gonzelez (my doctor) said, “I think there is something wrong, but at next visit we will do an exam to make sure everything is okay.” So the next exam came and I got a pap smear done. She told me she saw a blood clot, and she needed a biopsy of it. So she did the biopsy, and she sent it to the lab. About 10 hours later she called me with the results. “Are you sitting down,” she said, “You have cervical cancer.” I started thinking about the baby. I made an appointment to see her the next day. They gave me these options; get rid of the baby, or fight as hard as you can to keep the baby, and get rid of the cancer.

So I chose to keep the baby, and go through chemo therapy. My chemo therapy started when I was five months pregnant, and it was a rough road from there. When I was about seven months pregnant I stopped eating and drinking. I called the doctor to let her know what was going on. The oncologist at the time was Dr. Guy Boike, he said that since I had stopped eating and drinking, I needed to go in the next day. They were going to preform an emergency c-section, and the cancer surgery at the same time.

The next day I went in and had both surgeries. I almost died on the operating table twice. The baby had her first heart attack as soon as she came out. She weighed 1 lb, 7 oz. She was in bad shape. I was not able to see her until the second day. Dr. Boike said, “you have to get up and walk to see your baby.” I walked to see my baby, even though it was vary painful. I had 56 staples in me. They removed the  bladder, lymph nodes, a piece of liver, and a piece of lung. I was in chemo for two months after that.

The baby was in the hospital for two months. Four heart attacks, two strokes and many complications later, she came home on march 14, 2007. Now there is nothing wrong with her except for her asthma. She is now five years old and she started kindergarten this year. I have been cervical cancer free for five years now. I am now fighting to stay in remission. I’m taking medicines now so I wont bleed to death. And I am now trying to get my white counts down from 5,000 to 200.

That’s my story. Please pray for me.