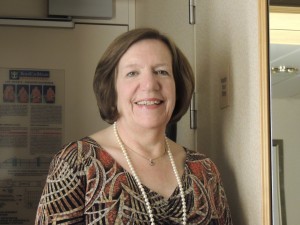 I have just been diagnosed with my third breast cancer just two years after a double mastectomy. My first cancer was in 2001, I found the lump myself. I had chemo, radiation, and lumpectomy. After my treatments I had mammograms every six months for awhile and then later just once a year. But instead of having my doctor’s exam right before it, I had them at six month intervals, it gave me a little more comfort doing it that way.

Several years later I had a couple of questionable mammograms followed by an ultrasound, everything was fine. The second time I had it in 2011, I had no real reason, just an angel on my shoulder, but I asked my doctor why am I not having ultrasounds every time. So he said if that will make you feel better let’s do it. When I went for the mammogram they said everything looks good and I can go. I said I am having a follow up ultrasound, they said it was not ordered, I said look again, because I am not leaving without it. Long story short that ultrasound probably saved my life. I had a lumpectomy followed by radiation.

The following year I needed another biopsy, which turned out to be negative, but I decided I wanted a bilateral mastectomy, because I was tired of all of the scares and the biopsies. After mastectomies no follow up scans are done routinely, because the risk is so low, you just go for exams with your surgeon or oncologist. I think this is a bunch of bunk, ask for them, ladies because it can happen and I am living proof. Me, myself, and I are the ones who found all three of my cancer’s. This current one, I found the lump, went to my doctor, who both said it was scar tissue but because I are a worrier we will do an MRI. I had an MRI, an ultrasound, and a needle core biopsy all of the radiologists said looks like scar tissue, but because of your history we’ll so a surgical biopsy, and it was cancer again.

Do not let anyone poo poo you, always trust your instincts. I had my surgery on the 22nd of May, there was disagreement between my radiologist and my surgeon on the course of treatment so I went for a second opinion yesterday and a PET scan, thank God the PET was negative, my doctors are now in agreement, no chemo, and no further surgery. I start radiation in a couple of weeks. I’m sorry to be so long winded here, but I can’t stress enough you must push for what you want, trust your gut and Fight Like a Girl.