Sarah’s Fight Like a Girl Story (Endometriosis and Vulvar Cancer) 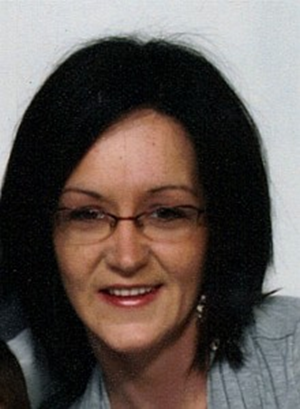 Women are without a doubt stronger than men. What do men have to worry about? We are stuck with these reproductive organs that do nothing really but cause us HELL from the time they begin functioning. We have periods, cramps, endo, cancer, dysplasia, cysts, mood swings, and oh, when that’s over…MENOPAUSE. You know the drill. In case you couldn’t tell, I don’t get along well with my uterus and her friends.

My misery started at eight years-old. I was diagnosed with IBD (Irritable Bowel Disease). What a lovely thing to have. At 13 it turned into hell. I started my period. I was in and out of school, on every birth control there is, didn’t have many friends, and NEVER dated. We all know how embarrassing our symptoms can be let alone trying to deal with being a teenager as well. I saw 17 doctors and was labeled everything from a “drug-seeker” to “mental.” The last doctor was a psychiatrist. My parents were out of ideas. His diagnosis: I was completely SANE! There was that there was something medically wrong and his advice to my parents was to find out what it was before it was too late.

We finally found a GYN doctor two hours away. I sat in his office as he read through my four inch thick medical records. About halfway through, to my astonishment (and my parents), he through the papers up in the air. He said “I know exactly what’s wrong with you!” Oh boy, I thought, “He’s going to say I’m freaking crazy.” But wait, no, SURGERY. Say what? “I know what’s causing your pain, but I will have to do surgery to support my diagnosis.” So a week later after a four hour surgery I heard the dreaded word, ENDOMETRIOSIS. I had stage 4. It had gone on so long that I had three big lesions on my liver, my bowels were a tangled mess, and my bladder was covered. I went on the Lupron shot six months, I had horrible side effects. Who likes menopause? I was 24.The surgery and Lupron seemed to work. Awesome!

At 26 I got pregnant. Wow! Where did that come from? I told my boyfriend it was impossible. No way. There was too many odds against it. Scar tissue, tilted cervix, a totally messed up cycle? I had my son in October 2008. A few months later I was diagnosed with cancer of the vulva which only needed to be surgically removed. So far that problem has refused to come back, thank God, although I keep a close eye on it and have to have the occasional biopsy.

My soul-mate and I got married. We had our daughter in 2010 at which time I had my tubes tied. I do have to say that regardless of the fact pregnancy doesn’t cure endo, I never had a single endo episode while I was pregnant. Truly the only time I didn’t suffer and could actually enjoy my sex life. I’ve had two laparoscopies and half an ovary removed since then. I went on Depo to try to control the craziness, but it doesn’t seem to hold it back much, not to mention the side effects. My husband often comes home to me standing with my shirt off in front of the fridge with my head stuck in the freezer door trying to get through another hot flash. Hey whatever works! But seriously, the fight in my story is this: I am sick and tired of the way I feel. I don’t even want to leave the house! So I have done my research, a lot of it. I’ve decided to take control of my own disease and find a doctor who will HELP fix the problem instead of band aiding it and putting my money in their pocket. I’ve made arrangements with a doctor that actually specializes in the removal of endometriosis and I’m making the thousand mile trip to do it. It will be costly, but who’s going to take care of me if I don’t take care of myself? There comes a time when enough is enough and I’m ready to fight.

Claim your Girl Power on the go with our redesigned SlimKim II, now with time marker to help you stay on track with your water intake.