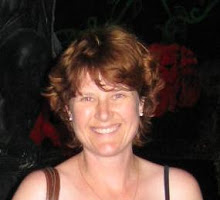 When I was 23 I saw an ad in the Yellow Pages for “Pelvic Pain” and decided to call. That one small 2 x 2  piece of paper changed my life in ways I can hardly believe sometimes.

My period began when I was 14, with a vengeance. Throughout high school I would barely make it home from school before collapsing in bed in pain from both abdominal and migraines.

Since more was known about headaches at that time, I went through a series of doctor, medications, and therapies to try and help combat migraines. There were two choices: either the side effect of compromised short term memory or compromised long term memory. Since I was in school, my parents selected long term memory. At the time, that meant that except for fewer migraines I was able to graduate from high school and college. Now that means, I don’t remember much of that time in my life.

But those medications only reduced the pain in my head, not my abdomen. When I became sexually active at 17, the pain only increased, but again not much was known. Doctors told me at first, “don’t have sex” or later, “maybe your partner has a big penis” or even, “see a therapist because it is all in your head.”  Because I liked sex when I had sex, it seemed I just had “pain all the time” and according to the doctors “for no good/real reason.”

By the time I saw the ad in the Yellow Pages, I was desperate. I am a very smart, well adjusted bio-chemist, and in tune with my body because of the alternate natural therapies for migraines. I just “knew” that this was NOT “all in my head.” I dialed the number and my life changed for the better in ways I can sometimes only begin to explain.

The ad was placed by a doctor at Stanford University looking for subjects for his clinical studies in endometriosis. The year was 1993. I was one of the lucky ones accepted into the trial for a drug called Lupron. In return for agreeing to participate in the trial, I would receive a free followup laparoscopy to determine true/accurate cause for my pelvic pain as well as ongoing free alternative treatment plans that included nutritionists, acupuncture, chiropractor, homeopathic, and psychologists.

The Lupron was so-so. I went through the complete experience of menopause with all the side effects including irritability, hair loss, rough blotchy skin, and hot flashes. I can still recall one day my husband and I were driving eight hours from SF to LA and I would turn the AC up and take all my clothes off (people passing by loved that I bet) and then a few minutes later I would turn the heat up an put all my clothes back on. All in all though, the side effects were worth the lessened erratic abdominal pain, in general it became a ‘discomfort’ that was manageable. I was able to finally have “good days.” It has been almost 20 years since and I have noticed only mild increase in endo-related symptoms and most of them have turned out to have a root cause other than endo.

I also went on a “cold turkey” diet (guided by the nutritionist) to eliminate all yeast, sugar, and fermented foods. I learned to read labels, I learned to cook, and I learned to buy “whole foods” only. I was in tears constantly for the first few months, I was going through horrid withdrawals. Eventually though my body adjusted and I looked and felt great for the first time in years. I noticed that I had very little, if any, bloating or cramps and only when I “ate off diet.” Because of that experience, I have been able to adjust my diet and lifestyle as I go along in life, and more quickly recognize diet related changes in my pain.

I think the other main noticeable change in my body was through regular visits to the chiropractor. I grew taller and I felt I had fewer muscle cramps, muscle pain, and tenderness. Before I ached daily. Eventually I only ached after legitimate over exersize. I have come and gone to chiropractors through the years, it is expensive and not always covered by insurance, and each time I leave chiropractic care I eventually go back when the pain begins to grow again.

At the end of the trial  in 1996, I finally had my first laparoscopy. There was moderate to severe endometriosis on my uterus, ovaries, colon, and intestines. I still have the copy of the video, though I have personally never watched it, eww. I also have a book where the study was published, one of the first endometriosis books ever written. The surgery itself was quick, and the recovery was also quick and relatively painless. I had been in such dire pain for over a decade, so surgery recovery in comparison was a breeze. Within six months, I was a new woman. I had energy, thanks to the diet/lifestyle change. I had sex without pain , thanks to the laparoscopy. I had regular painless bowel movements and bladder needs. And I spent each day WITHOUT body aches and cramps, even during my much-shortened periods.

I got married, and even became pregnant four times. And although only one of those pregnancies resulted in full term delivery, I am thankful every day for my son who always seems a minor miracle to me. The only side-effect of the surgery occurred during labor, I did not dilate because of the scar tissue on my cervix, and so I was in dire pain for over 24 hours until a nurse broke the scar tissue and I dilated immediately and felt relief/normal labor afterwards.

Because of the difficulties in pelvic pain, pain during sex, and not conceiving until after my laparoscopy, my life in my teens and twenties as I look back was not what I would have wanted it to be. I was cranky. I was depressed. I missed out on many fun activities because I was in bed in pain.

But also because of the difficulties, I am now ever so thankful that I have a good happy job, a loving happy husband, and a wonderful happy son. I have good friends who have been the best of friends through thick and thin. I have been able to see that while my friend’s and family have done their best to “stand by me” when I was cranky and in pain. They too have their “tough times” and need me to “stand by them.” Without my friend’s, family, those that have stayed for decades, and those that did not, I would not be where I am and who I am: someone who Fights Like a Girl, and WINS!!