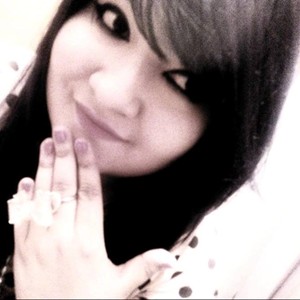 Looking at TV commercials, bullies at school, and the rest of the girls around me, I knew something was different about me. Something that I could not really describe at the time. I sounded crazy. I was 14, and I was gaining so much weight, no matter what I did. No matter how much I dieted, exercised, or even starved. I was only 14, and I saw how my bra size had not changed since I started puberty at age 11.
I felt worst when dances came up, and I had to get a dress. I felt the worst when my own mother would call me fat.

Nothing made sense. Although I tried to keep up, I was sad. All day I wanted to find an escape, but never found it in anyone, only myself. Then, it all came apart. My legs, my arms, my face, my back, stomach, nipples, and well just about everything was covered with hair. I looked like a walking wig! The moment I shaved, the hair was already back. I was a disaster! Instead of wanting to use money to go out with friends or buy clothes or music, I wanted to save it for a laser shaving. That was all I wanted.

At age 15, having no period for 6 months, I told my mom. I confessed how the pain never stopped, how I could not take it anymore. She took me to the doctor.
The doctor told me it was my weight, gave me some hormones, and closed my case.

I gave up after that, maybe it was my weight. I accepted it. I ignored the bullies. I focused on school, nothing else, just school and friends.
The pain got worse, but I still stood strong, thinking that I was just fat and ugly, that was all. Maybe it was normal to be irregular, and it was just the way God made me.

I was 17, and I thought my boobs would have changed by now, but nothing. My periods would skip so much, sometimes I did not know if it was normal, if I was pregnant, or whatever. Still, I knew I had to suck it up.
I was 17, and the pain got worse. My urine was full of blood. I went to the doctor. She said it was all normal. She said I was probably depressed. She sent me to a psychologist. After a couple of months he changed my diagnosis like a million times and never decreased my medication. He only added more.

He would always add more and more, so much that it affected everything around me, like my relationships with guys, friends, and family and my grades in school, because all I did was sleep! I told him, I wanted less, but he gave me more. I was taking about 18 pills a day! It was not until I got a Pilonidal cyst that I saw my primary doctor, and she said I should not worry about my period, it was normal to miss it,  and that I should focus on healing.

I was taking more meds now, the antibiotics and the “depression” ones! Not only that, but after the cyst I had a surgery to remove it, and then it got infected. That doctor only made it worse! I was finally 18 though, and I got a notification from my medical insurance that my coverage would end because I was 18. A lot of problems were happening with my parents, school, and friends. I was also mad that no one believed I was in pain. I was so confused at why I was the way I was.

December 21, 2011: I woke up with a tube down my throat. I had been in a coma. In the hospital they told me I went into a coma, because I tried killing myself, so I would be transferred to a mental hospital. I was so upset! Because I knew I did not try killing myself. I KNEW that I could not do that. I was mad. Still, I was sent to a mental hospital on December 23, 2011. I knew I had to explain myself and prove with actions that I was not depressed or crazy.

The kind doctor let me out the same day. He believed me, and he called the psychologist. I was fine, or so I thought. After that I was so pissed and upset that no one believed me. I went to Juarez to get some medical help. First I went to a psychologist. I told him everything and all the medication I was taking. He could not believe it. He could not believe how neglectful the doctors were and how stupid they had been for drugging me up with medications I did not need.

Finally, someone who believed me! Then I went to an OBGYN and a hormonal expert. They both told me it was my weight and that was it. One told me I had PCOS and gave me birth control and Metformin.

I got worse. The pain never stopped, and still no periods. I started to grow accustomed to this. I read all the medical books I could, and I knew I was neglected. I stopped going to the doctor. I was focusing on life.
I got married, and I found a new doctor, Dr. Ronald Baker, who believed me after I screamed in his face about all I had gone through. He did studies and referred me to an OBGYN who officially diagnosed  PCOS.
He did not do much. He, like a lot of other doctors, thought I was mental and I was making it up. I had a fight with his assistant after she wrongfully gave information about me and was rude to me, calling me a liar to my face.

Dr. Baker sent me to another doctor. He was upset at the fact the assistant had been so rude as well. He sent me to Dr. Mario Nutis, who I recommend if you are in El Paso, Texas! He is awesome. 1st visit he told me all my treatment options, my diagnosis, and why I had so much pain all this time. I had PCOS, Retroverted Uterus, and Endometriosis. He did surgery to fix the problems and then put me on Lupron. After that I got birth control, and he sent me to a weight specialist, who also took everything the wrong way and sent me to a mental hospital where I spent one week.  I never went back to him, and I am thinking of opening a lawsuit against him for sending me to a mental institution illegally. Dr. Baker was also a bit angry at that too.

Finally, the pain did not get better. I just got a 2nd surgery a month ago. I have been on Lupron for a year. Let’s see what the future holds battling this.  I know I will come out strong. I have a great husband, a future, and maybe children to look forward to!

I hope that you all learn from my story, and do not mistake a hormonal disorder that is something you can’t really control for something mental. Let’s hope the stigmas are lifted and we all can become more open!