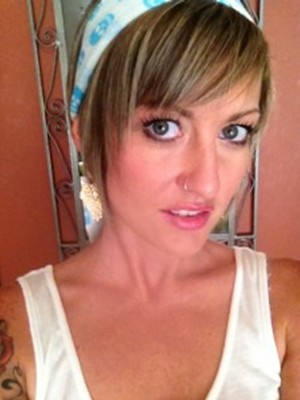 My one-year diagnosis anniversary is quickly approaching. I can’t believe it has almost been a year since I first heard those letters associated with my name…MS.

Although my multiple sclerosis journey officially started less than a year ago, I began this journey unofficially about five years ago. I went five long years having weird, random symptoms that were quickly brushed aside by doctors and I soon learned to live with them.

I experienced odd numbness and loss of sensation in my right foot. Those sensations eventually moved to include my left foot. I was incredibly fatigued but I really thought nothing of that symptom because I was in college. I thought it was just something I needed to deal with until I was finished with school. I would get this weird squeezing sensation around my chest and was diagnosed with anxiety. My arms would randomly feel shaky and “off” for weeks at a time. My hands seemed to have a mind of their own during these times and they were hard to control. But I just dealt with the symptoms.

I lived with these symptoms until they became so large I knew something was horribly wrong with my body. That’s when I sought out my first neurologist for a consult. Not only did I have sensation loss in my feet, but I was also beginning to have strange muscle weakness in my right leg even though I was very physically fit. I was also beginning to stumble when I walked and I would randomly walk into walls as if I was drunk even though I would be stone-cold sober. I was concerned but the neurologist said to get my low back adjusted because I had a pinched nerve.

My symptoms began to increase and increase in severity over the next eight months. I knew something was up with my body but I didn’t know what it could be!

Around this time, Jack Osbourne came out in People magazine about his MS diagnosis. A close friend of mine brought that issue of the magazine to me and suggested I compare my symptoms and then see another doctor. It was that moment when I knew I had MS!

I requested to see a different neurologist. He did a cursory physical exam and told me, and I quote, “The good news is this isn’t MS.” He didn’t order an MRI. He didn’t order a lumbar puncture. He didn’t care that my symptoms were “text book” or that I was at the prime age of diagnosis.

A few short weeks later, I consulted yet another neurologist and demanded an MRI. This doctor did order the MRI for me. He also made it clear that my symptoms “sounded like they were from a text” but his exam findings didn’t “add up” to those reported symptoms.

He was eating his words a few days later when my MRI came back littered with brain and spine lesions! I got that phone call confirming my fears and I became an official MS Warrior.

It’s almost been a year. Last year at this time my doctors didn’t know if I would be ambulatory. They thought I’d be wheelchair bound within months. They thought my life as an active, vivacious, young woman was over. And I must admit there was a small part of me that had that same fear.

I’m happy to report that although my case of MS isn’t a small case, I fight like a girl every single day! I am NOT wheelchair bound! I workout every single morning. I get up and I go to my meaningful job as a mental health therapist. I WALK into my job! And despite my hundreds of lesions, I am beginning a doctorate program in October. Yes, I will be Dr. MS Warrior in about three years!

I must say, I wasn’t happy to add MS to the other letters behind my name but this is NOT a death sentence for me! I live my life as if I was a superhero and I make sure to not take the small things for granted. I’m thankful for the days when I walk with no limp. They may be few and far between but I’m still thankful! I am grateful that I can walk in the mornings and workout. I’m overwhelmed with joy that I have a gracious support network.

I’m not scared to fight like a girl. I was made to be one tough woman! There may be a day in my future where I will be wheelchair bound but you know what? At least I’ll have some buff arms from wheeling myself around. I refuse to give in to this “MonSter.”

I document my new journey in life on a blog. Feel free to follow my journey as I fight like a girl at:
mylifeaccordingtoms.blogspot.com