Melinda Fight Like a Kid, Living with an Illness, Reflections 2 Comments 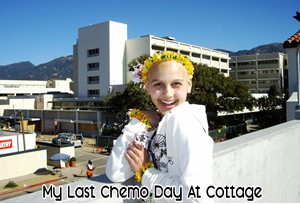 I am often asked if I get tired of telling my story…the answer is no.  Each time there is a different perspective to view it from, different lessons to learn from it, and new words to describe it.  But most importantly, someone is hearing it for the first time, making me feel as though I’m sharing it for the first time.  Despite the multitude of times I’ve told it, I always seem to have difficulties pinpointing where to begin- I cannot remember when and how I began feeling ill.  It seemed somewhere in my conscience, I knew that my incessant coughing, sickly complexion, and unimaginable fatigue was something greater than the everyday ailments my doctor diagnosed me with.  It was the fall of 2007…I grimaced as another needle drew another blood sample for what I was certain would be another misdiagnosis.  The initial hope of being diagnosed with something “easy to fix” morphed into desperation for simply a diagnosis.  Some nights I would lie in bed, fearing that I had an illness that no one would or could find…I feared the unknown.  Just tell me what it is…I don’t care…just tell me what it is.

Months later, we came one step closer to discovery after demanding tests my previous doctor deemed unnecessary.  Pulling into the parking lot of my new pediatrician, I tried to ignore the climactic feeling that clouded the day.  However, I could do nothing but give in to this feeling as my doctor gingerly explained the results of my CT scan.  How an 11x8cm mass even fit in my chest cavity, I’m not sure…but there it sat, slowly closing off my airway and constricting my major arteries as it grew.  We hear that we must be grateful because anything can happen at any moment…we should, it can, it did.  That one, single second that my mind grasped the words my doctor spoke, my life changed forever.  I was now not just Melinda, I was sick Melinda…dying Melinda.

Hope was restored in my heart the day I met Dr. Dan Greenfield at Cottage Hospital in Santa Barbara, California. His gentle manner calmed the nerves of both me and my parents even as a biopsy failed to reveal the identity of my invader.  Opting for a second biopsy, I found myself back in the operating room, praying for a diagnosis as the anesthesia carried me off to sleep.  It was the morning of December 18, 2007…my mom answered the phone, and God answered my prayers.  I at last I knew what I faced-Hodgkin Lymphoma.  Wanting me to enjoy Christmas, yet in a hurry to start my treatments, Dr. Dan scheduled a PICC line insertion, bone marrow aspiration, and my first round of chemo for December 27th.  And in that day alone, I was transformed into a cancer kid.  After having a severe reaction to the anesthesia, I lay unable to even open my eyes as I prayed the nurses would find an effective anti-nausea drug.  Ninety-six hours later, I was slumped over in the front seat of our truck on my way home.   In spite of the enormous amount of chemo and drugs in my little thirteen year old body, I recall thinking clearly, “I don’t think I can do this three more times…”

But the words of a 15 year old Hodgkin survivor I met proved to be true, “Each round of chemo gets easier.”  It was now March, and with the help of two blood transfusions, my loving family, and my passion to continue dancing, I had endured 48 doses of chemo. I was now a frail, bald, anxious little thing awaiting the start of radiation treatments.  I wanted to be done…now. Within a month, we had begun the daily three hour roundtrip drive to Santa Barbara and back…when the three weeks radiation was up, my mom could have driven that stretch of road with her eyes closed.  May 8th 2008…I had done it.  I guess I was a…a…cancer survivor…whoa.

Soon, the triumph of survivorship was overshadowed by a different feeling- helplessness.  The textbook “what now?” feeling of a survivor left me depressed and searching for the “new me”.  I wasn’t old Melinda, nor was I sick Melinda…I have never felt so lost in my life.  Surfacing late effects from treatment exhausted me physically in addition to aiding my emotional downfall.  Horrible digestive issues landed me in the ER and held responsibility in the development of an eating disorder.  Having conquered the battle to find a diagnosis and the battle through treatment, a third battle ensued.  Discovering that a medication was inducing a great amount of my physical side effects, I discontinued taking it, attended therapy, and at last began the climb to healing.

While slowly ascending the mountain of health, I began writing about my journey.  Without an ending goal in mind, I wrote for healing, for acceptance, for purpose, and simply because my love of writing urged me to tell the intriguing story I could never have dreamt I would call my own.  Initially writing for me, I slowly began to turn my attention to others.  I realized that my story could comfort others, evoke gratitude for their lives, and, in turn, make them happier.  Suddenly, I wanted to share it.  To think that cancer could be molded into something good intrigued me.  For six months, a spiral notebook and pen never left my side, that is, until I wrote the last letter of the last word of my book in August of 2009 and took a step back to comprehend the stack of notebooks before me.  There it was…my story…whoa.

As the pace of school quickened and I was inundated with work, my mom began typing the 90,000 plus words that spelled out my experience.  I remember being frustrated that I remained stuck at school completing mindless worksheets when I believed my life had a bigger calling.  But together, my mom and I formed a joint effort that was led by this larger picture.  Establishing our own publishing company, Happy Quail, in the fall of 2009, we were faced with hundreds of decisions regarding my new book.  A simple yet extremely difficult question…what should it be called?  I wanted a simple word filled with other words, thoughts, and feelings.  I wanted that one single word to give the reader so much information, yet leave them wanting more.  Grace…yes…it was perfect.  When I held my baby Grace for the very first time, it was surreal.  Never had I imagined while lying in that hospital bed that I’d be sitting, staring down at my own story nearly two years later.

Fast-forward another year, and my life has changed just as much.  Grace won an International Book Award, and was accepted by Greenleaf Book Group, a major publisher/distributor.  The second edition, Grace: A Child’s Intimate Journey Through Cancer and Recovery, was recently produced.  My experience, although unbelievably difficult, has blessed both me and others.  I am so thankful that I have been given something to share in this world…something to bring to the table of life.  This path has led me to become an advocate for childhood cancer and has made me passionate about easing the pain of others touched by cancer.  I am dedicated to raising awareness that will lead to funding, new discoveries, and an ultimate cure.  Speaking, as well as book signings, help me to spread the word, share my story, and raise funds for various cancer organizations.  In all, the blessings my cancer experience has brought me have far exceeded the suffering.  To be able touch another with what you have been given, whether good or bad, is to know what life is…I am humbled and grateful.

Grace: A Child’s Intimate Journey Through Cancer and Recovery

Share
Previous Endometriosis – The Unspoken Side Effect
Next “Hello!” from Selena, Your Leukemia Power Team Writer