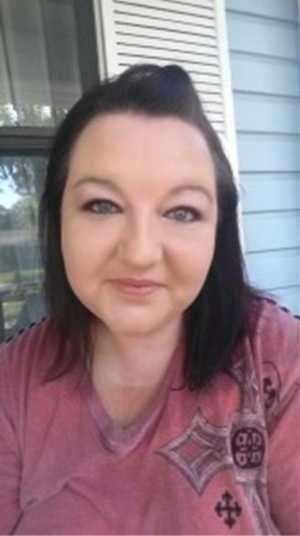 My Struggle with Arnold Chiari Malformation: The Full Story of  How I Fight Like a Girl Hi!! My name is Misty Shay and I am the face of Arnold Chiari Malformation (ACM) Type 1. What is Arnold Chiari? Well at the Chiari Institute in Great Neck, New York it is defined as; “A complex group of disorders characterized by herniation of the cerebellum through the large opening in the base of the skull (foramen magnum) into the spinal canal. The herniated tissue blocks the circulation of cerebrospinal fluid in the brain and can lead to the formation of a cavity (syrinx) within the spinal cord.” There is also the Mayo Clinic’s definition, which defines Arnold Chiari as; “Chiari malformation (kee-AH-ree mal-for-MAY-shun) is a condition in which brain tissue extends into your spinal canal. It occurs when part of your skull is abnormally small or misshapen, pressing on your brain and forcing it downward.”

Personally, the Mayo Clinic’s definition of ACM is by far my favorite. I mean seriously, who doesn’t like to be known as the one with the misshapen head or abnormally small skull. I like to think that I have a very large brain that no longer can contain all of my intelligence. My personal explanation when someone asks me that elusive question of, “What is that?” I simply respond with, “My brain is falling out of my head.” Vague, yes! Sometimes I go into detail and sometimes I tell them to Google it.

Okay, so here is my story. Yes, I have a sense of humor about my condition but, there isn’t anything funny about it.  I was diagnosed at age eight with migraines. My pediatrician advised my mom just to give me Advil. As I got older, the migraines only increased not only in intensity but also in duration. I would have two to three a month and they would last for days. I would be told that they were from hormonal changes or that I needed to have my eyes checked among a long list of other things. Finally, in 2011 I had a physician order an MRI, I was 31. Imagine having debilitating migraines for 23 years with numerous Emergency Room visits of no relief. My medications where changed constantly. From triptans, anti-convulsive, anti-depressives, to narcotics. None gave me the relief that I so desired.

So, when I received the results of the MRI in 2011, the physician told me that it showed the Arnold Chiari Malformation and that it could definitely be the cause of the migraines. What he said next sent me for a world wind downward spiral that I have been battling for the last three years. “Arnold Chiari is the cerebral tonsils of the brain that are pushing downward causing compression on your spinal cord. The condition is best treated with what is called decompression surgery however, there is NO CURE.” I cried.  He immediately set me up with a neurosurgeon who brushed me off.  Apparently the herniation of the tonsils is measured in mm and mine was, as casually stated, on “2.1 mm and I do not do surgical intervention on anything less than 5.0 mm.”  Thanks for showing me who in the medical field has the God complex. He referred me to a neurologist who was well out of her mind! She again tried a long list of medications that actually exacerbated my symptoms as now they were worsening.

I continued working full time as a Medical Assistant and then as the Clinical Supervisor frequenting the emergency room at least once a month in so much pain that I would crawl down the hallway begging for death while my very patient and loving fiance would carry me to the car and sit endless hours as they would again assess me, ordering blood work,  a CT Scan of the head, look for veins to start fluid, to finally end up just giving me a shot of diladud, Benadryl, and Phenergan, and send me home. During that time I continued to research AMC as my symptoms worsened. I started to have seizures, loss of sensation on my right side, constant nausea, upper torso neuropathy, and I was falling down at work. Finally, in September of 2013 the ARNP Amy Lippincott, that I worked for admitted me into the hospital and ran test that was ordered by the neurologist that I had been seeing. I had another MRI, actually three, and an EEG. My Brain MRI showed significant progression of the tonsilar herniation going from 2.1 mm in 2011 to 5.5 mm in 2013. It also showed secondary regular empty sella (When the pituitary gland shrinks or becomes flattened, it cannot be seen on an MRI scan. This makes the pituitary gland look like an “empty sella,” but the sella is not actually empty. It is often filled with cerebrospinal fluid (CSF). CSF is fluid that surrounds the brain and spinal cord. With empty sella syndrome, CSF has leaked into the sella turcica, putting pressure on the pituitary gland. This causes the gland to shrink or flatten).

As of today, I have seen four neurosurgeons, three neurologists, a psychiatrist, a sleep medicine doctor, and a cardiologist. My symptoms are, yet not limited to; headaches, nausea, seizures, neuropathy, fibromyalgia, right sided weakness, obstructive sleep apnea, pituitary issues as I don’t have one, cerebral spinal fluid blockage, joint pain, nerve issues with my intestines, bowel, bladder problems, and the list goes on. I am currently waiting to see yet another neurosurgeon and an endocrinologist at the Mayo Clinic. This will be my second opinion for the decompression surgery. I am still working 12-hour shifts full-time at a hospital and start school in three months to further my career in the medical field, as well as,raising a 12 and a 13 year old. I do it in pain every single day but I refuse to sit and wait. I want to spread the word, raise awareness, not to mention my passion is in the medical field and helping people. Arnold Chiari Malformation affects 1 in 1000 people a year. To date there is still no cure and it is very controversial in the neurology department. AMC can only be diagnosed with a brain MRI. Individuals with CM may complain of neck pain, balance problems, muscle weakness, numbness or other abnormal feelings in the arms or legs, dizziness, vision problems, difficulty swallowing, ringing or buzzing in the ears, hearing loss, vomiting, insomnia, depression, or headache made worse by coughing or straining. Hand coordination and fine motor skills may also be affected. Symptoms may change for some individuals, depending on the buildup of CSF and resulting pressure on the tissues and nerves. People with a Type I CM may not have symptoms. Adolescents and adults who have CM but no symptoms initially, may later in life develop signs of the disorder. Infants may have symptoms from any type of CM and may have difficulty swallowing, irritability when being fed, excessive drooling, a weak cry, gagging or vomiting, arm weakness, a stiff neck, breathing problems, developmental delays, and an inability to gain weight. There is a high risk of death among AMC patients from surgical complications to suicide. In 2014 alone there have been a reported 28 deaths of AMC patients from the related issues. Please help spread the word so we can find a cure for Chiari. Misty Florida Submitted 07/17/2014