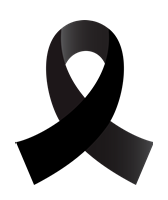 In October 1999, my first husband passed away (heart related).  He left behind 3 young children and his wife (me…in my 40’s).  In June of 2000, I went to the dermatologist, something I had needed to do because I had a mole on my neck that was dark, irregular in shape, bleeding and liquid coming out.  I covered it up with a big band aid. The reason I didn’t go right away was because, one, I was scared and, two, because the job I was at promised I would get health insurance.

Well, to make a long story short, I never got the insurance but went to my dermatologist anyway. He called me on my birthday to tell me that I needed to have surgery ASAP to have this removed – that I had melanoma. I got set up with the surgeon, she removed the cancer, then I was to follow up with IL-2. I was giving myself shots daily, until a lump in my neck kept getting bigger.  Once again, the surgeon did a biopsy and it was melanoma in my lymph nodes. I was referred to MD Anderson of Orlando and from there they had me do 4 1/2 treatments of bio chemotherapy. Which meant I was in the hospital for 5 days….pumping after different times, 5 different chemo drugs. Brutal stuff, but I was clear to go and for 7 years I was GREAT.

I stopped going to the doctor because I still had no insurance.  Then I got a job that offered insurance but I had to wait until I had worked there 1,000 hours and I was part-time at the time, so it took a while. But as soon as it came into effect I went to the doctor. Well 3 1/2 years ago, I had an incident where I thought I was having a heart attack. My daughter pleaded with me to go to the doctor. I did and from there I have been battling this awful disease. I was offered a clinical trial, I was a little leary of a trial, but I called a friend of mine (my guardian angel through my first round of treatments) and she said even though she has residuals from her trial she would do it again and for me to think that it (the trial) might help others. So I told my doctor to sign me up. I was on 3 different drugs, one was possibly a placebo, but we won’t know until the trial is over. I was on Taxol, Carboplatin and possibly Avastin (come to find out I was on the Avastin). They had to take me off Taxol because of the pain I was getting from it.  I had to get off Carbo after the 10th dose, but I remained on Avastin for 44 treatments.

At this moment I am ”stable” and due for another scan next month. Yes it’s scary to hear those words, but today there are a lot more options for you. I have some residual effects from my treatment. I have neuropathy (nerve damage) in my foot and my memory isn’t what it used to be but I am alive and thankful to God and to my kids and friends who helped me through this.

I was stage 4 and I am still alive to talk about it, so there is hope for everyone.