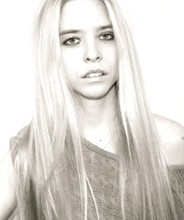 Many people have facades. Facades can be a means of preservation. A kind of armor that no one can penetrate. A shield that keeps others from knowing too much about you. With this armor on, you can pick and choose what or whom the outside world perceives of you. It can also be lethal.

I dedicated the past year to acting. Acting like this strange, bizarre new world of living with chronic Lyme disease was standard. Acting like I’d expected this my whole life, acting like I wasn’t bothered in the slightest that overnight my life as I’d known it, stopped. But still I never went anywhere or did anything without a smile.

When I was twelve, I was diagnosed with Systemic Juvenile Rheumatoid Arthritis. For weeks I’d had spiking fevers, crippling bilateral joint pain and swelling, and a mysterious rash that covered me head to toe. At that point I’d never been more afraid of anything in my life. My body was attacking itself and I was left with no control, as simply a spectator. I was put on multiple drugs to treat the disease; prednisone, humira, anakinra, voltaren, thalidomide, methotrexate. None of it worked.

I was a twelve year old girl stuck in bed, frozen in a state of sickness. I caught glimpses of normal life through my peers. I knew this wasn’t normal. I knew being this sick for this long was weird and I could only imagine what other people thought. Some said I was faking to get out of school, others were positive I couldn’t have arthritis because only older people were affected. But this had become my normal. It had become standard to take a hot epsom bath at 3 am, and to keep a microwave in my room so I could heat up hot packs for my joints, or have four icepacks on my body at one time.

My life had become a war against this disease that I was determined to win. My only objective, my only goal was to get better, to stay ahead of the pain and not let it define me – not let the pain become my life. When pain meds weren’t enough, I tried acupuncture, bath soaks, paraffin wax dips, hot packs, cold packs, homeopathic herbs, crystals, anything to have a life again. Why wasn’t I getting better? Because I didn’t have Systemic Juvenile Rheumatoid Arthritis, I was misdiagnosed. I had Lyme Disease. Which was only getting worse and aggravated by the RA treatment. This mystery disease wrongly labeled RA was in remission for almost nine years, until 2009.

In October of 2009 I came home feeling different, just off. I was always terrified that I’d push myself, that just by staying up late or going to a party for two hours that I’d be done. What I thought was RA would come back and I’d only have myself to blame for overexertion. This was a different feeling though, I felt like I had the flu. This overall crummy feeling lasted for 3 months until I finally couldn’t power through anymore – I was bedridden.

I woke up on January, 1 2010 and knew that whatever this was, it wasn’t going away quietly, not without a fight. This is when my real battle with Lyme started, the day I was diagnosed. The month of January was a blur, I was in bed 24/7 only getting up to go to various doctors. I was too tired to sit up – too weak to venture downstairs. I remember after one week passed, I thought, “Its been seven days now, this couldn’t possibly last much longer. I’ll be better by Monday.” That week turned into months and I wasn’t improving. Friends came to visit me once or twice, always saying things like, “But you don’t look sick!” and, “Well you seem great to me!”

This was the trap I’d created for myself. I never wanted anyone to feel uncomfortable around me. I never wanted anyone to sense how bad I felt or to honestly know how miserable I was. Because to me it was both embarrassing and impossible to quit the act. If people came over or called me on the phone, I had to rally, I couldn’t possibly tell them the truth, “Hi, I’m sorry I’d love to talk, but I feel like I’m about to puke and I feel a migraine coming on.”
My exterior was perfect. If you saw me, you wouldn’t think twice. You wouldn’t know I was in too much pain to choose the stairs over the elevator. Or that, for the past two hours I’d been fighting nausea, always staying close to a bathroom. I’d become an actress. And the act was a lie.

I had created an ironic mess. I know now that you can not assume that everyone you encounter knows your story, your disease, or your extreme pain, solely based on the fact that you live and breath your illness. I desperately wanted people to believe how horribly sick I was, but for the life of me, I wouldn’t show it. I wasn’t being honest. Only my family knew how miserable I was, and I even hid it from them. I was isolated from the world. Laying in bed, watching old friends finish college, go to parties, and take everything for granted. I had become so appreciative of my healthy days, that I couldn’t afford to take anything for granted, least of all my health.

I am invisibly sick. Lyme is nasty, but you can’t see it. And this is what is most frustrating. I wish I had something more dramatic to show for the hell I’ve been through. I wish I had solid, tangible proof that I’m as sick as I am, that I could hand it to anyone skeptical. I hope and pray that one day Lyme will not be so controversial. That Lyme patients won’t have to fight tooth and nail just to get adequate treatment.

All I can say is, I’ve been in bed for an entire year now. I’ve had echocardiograms, EKGS, 200+ blood tests, X-rays of bones I broke just by carrying a bag, surgeries, I’ve had MRI’s, spinal taps, a PICC line inserted into my vein and threaded to my heart (twice). This year is one I’ll never forget. I learned lessons that I’ll be forever grateful for. I’ve learned how fragile life is. I now appreciate everything I used to have. I’ve learned that despite what I used to think, I am strong. I’ve learned that those who stand by you when no one else will, are the only ones you should keep in your life. And I’ve learned to stop acting. Living with Lyme is like climbing a treacherous mountain. You take the right pills, you follow the right steps, you might make an ounce of progress and take the next step in healing. But you’re scared because getting to the top means there’s the risk of falling again.

As the new year is rapidly approaching, my resolution is to quit the acting. I am sick. I won’t always be this way, but this period of my life is tough and I’m over being ashamed. If I can’t be honest about how I feel around people, then I shouldn’t be around them. I was hiding behind the smile. I wasn’t as happy and carefree. Behind the smile, I’m at war with a disease. I’m exhausted, I ache, I’m clinging to normalcy in the wake of chronic illness, I feel like sleeping for the next three days, and I no longer want to eat.

The smiling girl was lying, filled with fear and embarrassed. If you believed her, you were wrong.