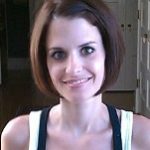 My whole life I was a normal kid and teenager. I graduated high school and decided I wanted to go to cosmetology school in Santa Monica, CA to become a famous hair stylist/makeup artist, but things don’t always go the way you plan. When I was 19 I started getting sick on a weekly basis. I would get a really bad cold, it would go away, and a week later, it would come back. I went to a doctor and she ran some blood tests and said I had hepatitis B from eating sushi. I called my parents back in Colorado and they put me on a plane and I came home. When I got home I went to a Gastroenterologist, had more blood work taken, a liver biopsy, and got the news, I had liver disease. They didn’t know what kind so they immediately sent me over to the University of Colorado Hospital. I was immediately admitted and the doctors began to run a massive amount of tests to figure out what was going on.

After a ERCP that gave me pancreatitis and a surgery to take out my gallbladder, they came to the conclusion that I had Primary Sclerosing Cholangitis (PSC) and Auto Immune Hepatitis. Oh my gosh. I am 19 years old and I am being told that I have a life threatening disease. The doctors told me that I was not in the end stages so that I might need a liver transplant when I was 40 but come back every 6 months to get my blood drawn.

After all the news, I tried to live my life not really feeling well. All my “friends” said I was just making a big deal out of nothing, I was just fine and to stop complaining. (GREAT friends, right.) Six months had passed and I went to get my labs taken and went home and not even a hour later I got a call that I needed to come back immediately and they would talk to me when I got there. At this time I was 20 and I was scared. The doctors sat down with my mom, dad and me and told me that I was in end stage liver disease and I would need to be put on the transplant list as soon as possible. All I could think was I am 20 years old and I need a liver transplant but this is not going to take me down.

I got put on the list on February 14th, 2002. I was so sick I could barely get out of bed. Driving in the car made me sick. I could not read or write. All I could do was lay there and wait. On April 18, I was getting ready to take a nap and the phone rang. My mom and I were not going to answer it because, at that same time every day, a telemarketer called but something told us to answer the phone…Hello…Lindsay we think we have a liver for you…you need to get here in one hour. I had my transplant on April 18th, 2002, two weeks after I turned 21.

After the transplant I started feeling well almost immediately (besides the healing from the surgery). I thought my life would start to get back to normal. Five months after my transplant I started having horrible pain in my abdomen. I went to the doctor and was referred to the pain clinic at the University of Colorado Hospital where I was diagnosed with chronic pain due to nerve damage from having having so much fluid in by belly before my surgery and from the surgery. I started getting treatment for my pain and I started to learn how to live having pain every day. I started working as a nanny which really helped with the pain – nothing makes you feel better than being around kids.

In 2006 I got married and after my honeymoon I started getting sick again. My auto immune hepatitis started attacking my new liver so over the next 3 years I had some rejection episodes and a really bad case of pneumonia. In November of 2008, I had a really bad rejection and the doctors thought I was going to need another transplant immediately. Luckily, because of the amazing doctors, I was able to bounce back from the rejection. The the damage was done, though, and I needed another liver transplant. At the time, I was 27, had already had one liver transplant, had been suffering from chronic pain, and was diagnosed with Crohn’s disease. I really didn’t think things could get any worse. I was again put on the transplant list on February 14th 2007.

While I was waiting for my second transplant my spleen became extremely enlarged so the doctors decided to take it out. My spleen was 7 1/2 lbs. I had my spleen removed on the 13th of October 2009. When I had my first transplant I only waited for 2 months but this time it was taking a lot longer and, for those of you who have had organ transplants, you get on the list and you are just waiting for the call while you are so sick you are pretty much dying. Finally, on December 23rd 2009 I got the call…Lindsay, we think we have a liver for you we need you to be here in the next hour – talk about deja vu.

It has now been 8 months after my second liver transplant. I have had a few complications and another small surgery since then but now I finally feel like my self again. I almost forgot what it felt like to feel good. I had spent the last 8 months of my life feeling bad. The one thing I knew then and still know now is this was not going to take me down.

I do have my days, like everyone does, when you think why me? I’m a good person. What did I do to deserve this? But I consider myself lucky – hundreds of people die waiting for transplants and I got 2. I am so grateful to all the doctors and nurses at the University of Colorado Hospital and my family. If it wasn’t for them, I would not be here today.

The informational content of this article is intended to convey a personal experience and,
because every person’s experience is unique, should not be relied upon as a substitute for professional healthcare advice.

Next Laurie’s Fight Like A Girl Story (Hepatitis C)