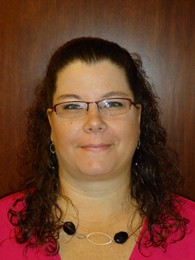 For years, my husband and I struggled with infertility but finally, after drugs, procedures and lots of heartbreak, we were finally blessed with a baby (I already had an 11 yr old daughter from a previous marriage). Just 2 short years later in 2006, at the age of 34, I was diagnosed with thyroid cancer. All I could think about at first is, I was just handed a death sentence. That is what people think when they hear the ”C” word. My own father passed away from cancer when I was 22. I struggled with dealing with my cancer. I didn’t even know I had it until it was already gone but I could NOT stop thinking about the what if’s…What if it comes back?….What if they didn’t get it all?…What if I die? I want to see my kids grow up and have families of their own. Finally, after 2 years of good results and clean scans, I allowed myself to hope.

We started trying to have another baby almost immediately after I was cleared from giving birth to our daughter because of the infertility issues. After I had finally accepted that I had cancer, after my routine annual exam, I was diagnosed with uterine cancer in 2008. My PAP came back with clean but a polyp that had been removed came back with pre-cancerous cells. With my history of cancer, as a precaution, my doctor recommended a hysterectomy. The biopsy of my uterus came back as actually being cancerous. Thank GOD I listened to my doctor!! I think the devastation of knowing I would never be able to give birth again (remember we had been actively trying for more than 5 yrs) was harder to deal with than the cancer diagnoses. Because I had never had to have chemo or radiation, (I took the radiation pill after the thyroid cancer)and because BOTH times surgery had removed the cancer before I even knew I had it, I never thought of myself as a cancer survivor…..I felt guilty thinking of myself that way because I did not have to endure the treatments. I didn’t feel like I had ”earned” the right to call myself that. I now know differently. I was just blessed in the fact that mine was caught early enough both times.

I still have the ”what if” fears but I have been blessed with not only a second chance but also a third chance at life. You never know what is around the corner so embrace it with all you have and ”LIVE!!” I fought like a girl and I am now a 5 yr and a 3 yr cancer SURVIVOR…Thank you for what you are doing with this site. If I had had this 5 years ago, I would not have wasted 2 years of my energy on negativity and fears.