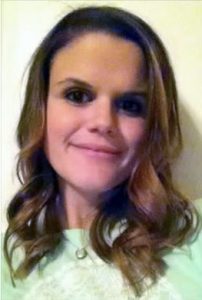 I started out with gastroparesis in Aug. 2013, but it seems as though I have had it for years. My doctor was very neglectful in my treatment, and I got progressively worse. I ended up at the point where every time I ate, I was in pain or vomiting. My GI doctor, again, was neglectful. This turned into a fear of food and then got to a point where I actually could not eat at all. I was frustrated with my GI doctor and was at 87 lbs. I had had enough and called my sister, whose husband is in the medical field. He advised me to go see my family doc. This is what would save me.

I got in the next day. My family doctor was horrified at my treatment from my GI doc. He immediately called his GI doc friend, and they both decided to get me in for a CT scan that day. Later that night, my family doc called and gave me the results: SMA syndrome. I was to meet with the new GI doc and a vascular surgeon within the week. I did not know what on earth SMA syndrome it was. So I started googling it, and nothing was coming up. I found like 2 things. I had nothing to research. I did not understand what it was that was making me so sick. I found a support group on Facebook, and here is where I found a lot of helpful info. Now it was time to meet with the GI doc and the surgeon.

I first met the surgeon. He explained in more detail what I had. My SMA artery and my aortic artery were at a 15 degree angle. I think he said the normal angle is 22 degrees. This posed a problem because it was squeezing my duodenum, the tube that your food passes through. You have to have a life-saving surgery. The surgery is also very risky with a very hard recovery, and afterward your GI system will basically never be the same. Your quality of life will never be the same. Many have to go back in for surgery. It all sounded awful. However, he wanted me to do one more test before I had surgery.

We next met the GI, and he was talking about putting a pacemaker in my stomach or taking my stomach out! He said that I needed to gain weight ASAP! I was dumbfounded! Take out my stomach? What? He also alerted me to the fact that I had an autoimmune disease in my intestines that my previous GI had not alerted me too. So he gave me meds and such.

I was scared. I had just lost one of my good friends, and now I was hearing that I had a life threatening illness. My sweet friend whom I had lost had the favorite color purple, and when I found out SMAS’s color was purple, I felt like she was there for me. I researched the surgery over and over and just had a bad feeling about it. The outcome of the surgery never seemed to turn out great. The only doctor who seemed to know how to do it properly was in Maryland. I just felt like all the odds were stacked against me. My anxiety was insane, and this huge decision about surgery was causing havoc in my life. I knew all I could do was turn my life to the Lord.

Here is where my story turns and is put into the hands of the Lord. This past summer, my good friend was telling me the story of how she had been diagnosed with arthritis. She has 4 boys and just could not do it. She went to her bishop and told him her story and asked him for a blessing. He told her if she believed she could be healed, and she said yes. So he gave her a blessing. The next time she had tests done, there was no sign of arthritis. I was astonished! I had heard of these stories in the scriptures, but I had never heard of someone close to me really actually being healed!

I had to tell you her story to tell you mine. When I was diagnosed with SMA syndrome, I was devastated. My doctor kept telling me it was life threatening, and I spoke to others via a FB support group who had it and had surgery or no surgery. My quality of life looked very bad.

On a Monday, I was scheduled for one last test. On Sunday, I felt I needed a blessing, and I wanted Danny’s (my husband’s) dad to give it to me. I was missing my own dad, who is in Heaven, and he is like a dad to me. In my blessing He told me that, “My own dad wanted me to know that the Savior does heal people, and that he has done it before and that he can do it again according to my own faith.” I thought of my friend who had been healed of her arthritis and knew that it could be done, so I had faith. After my blessing, Brent hugged me and told me that he knew my dad was in that room. I also felt like Kayelyn, my friend who just passed, was there as well.

I went into my barium test the next day, feeling positive. The x-ray tech told me that for people with my condition, the test will take twice as long, as the barium can’t get through as easily. So I prepared for a very long day. The test ended up taking the normal amount of time. At that point, I wondered what had changed. I also slowly started to eat, little by little, and that was new and a small miracle!

A few weeks later, we met with the surgeon, and he told me I was one rare case. Nearly every person with SMAS has to have the surgery, the surgery that I had been hearing kills many of its patients. My SMA was still there, but for some reason, it was not squeezing my duodenum like in all other cases. So he would not recommend surgery. I had tears in my eyes as he told me he had not ever seen that before. He had never seen an SMA at a 15 degree angle that was not squeezing the duodenum all the way. I felt as though I had been healed. Not so much healed, as I still have the SMAS, but the SMAS is not a life-threatening issue at this point. But if I were to lose more weight, it could become a problem.

I don’t feel like I was spared because I had more faith than other people. I feel like the Lord and Savior knows my limits, and this was one I could not handle right now. To all the SMAS warriors who have endured so much, you are so brave, and you are such an example to many, and I know you will be rewarded for it either in this life or the next.

I still have the worst of gastroparesis, but it is manageable. I have to work on eating and eating small amounts at a time. It will always be present in my life, and I am okay with it. The SMA syndrome is something that I will always have, but I don’t have to have surgery, which could have debilitated me. I am happy to have gained 3 lbs., which is a big deal, as my body does not absorb as much as others’ normally do.

I still struggle on a daily basis. My esophagus has since narrowed as a result of SMAS, and I have developed a swallowing issue. I have good days and bad. I have just learned to live with it and fight. Fight like a girl! 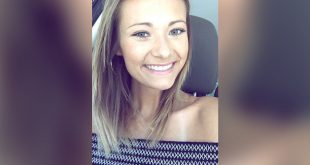 I was diagnosed with gastroparesis and colonic inertia in 2013. I had been suffering for …