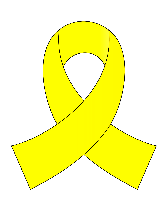 My endometriosis story actually started with my first period when I was 11 years old, though it took ten years til I got the diagnosis. I was having very painful periods from the first one on, while some of my female friends told me they usually didn’t even realize they were having their periods until they saw the blood. But as everyone told me it was normal that some woman have painful periods, I thought it was ok.

Over the years, the pain got worse. First, I was just having pain and cramps during my periods, but very soon, the pain started two days before the bleeding began and stopped two days after the bleeding had stopped. Then I got cramps around the time of my ovulation. Then my cycle shortened to 14 days. When I was 17, I was having pain every day and was bleeding for 7 days twice a month during my period. I couldn’t bear going to school. I spent the whole day lying in my bed, only moving to throw up or to go to the toilet. I had to crawl to the bathroom because my legs didn’t want to carry me.

My first gynaecologist put me on birth control pills, which I had to take without pause so that I wouldn’t bleed anymore. She said she did trust that I really was having these problems, but she couldn’t find any reason for it. She didn’t see anything eye-catching in the ultrasound, except an extraordinarily thick endometrium which, as she said, was nothing to worry about (but which can hint at adenomyosis, as I know now). The pills helped at first. I needed a lot less pain medication and even had pain-free days. But after two years, the pain started again, and I got diarrhea and heavy cramps.

The second and third gynae I saw told me I was acting like a child and I should stop complaining about ‘nothing.’ They said I was overreacting. When I was 21, I had my first appointment with my fourth gynae, who told me he didn’t think I had endometriosis, but he was willing to conduct a laparoscopic surgery in the next clinic with an endometriosis expert. In Germany, most hospitals don’t work without a referral, so I couldn’t have the surgery without finding a gynae who would make an appointment for me.

The very young doctor couldn’t find any endometriosis outside of the uterus, but said I do have adenomyosis. It can be seen via ultrasound. Even I could see it immediately when they showed me the pictures. They also said they saw the huge spots through the uterus ‘walls’ when I had the laparoscopic surgery. As the surgeon didn’t find any spots he could remove, everything stayed the same after the surgery. I’m still having cramps every day, still taking a huge amount of prescription pain-killers to be able to go to university every day, still having many bad days when I can’t move because of the pain, and still having diarrhea which always occurs when I am having cramps, which makes me think the surgeon overlooked a spot on the bowel.

The doctors are telling me that taking the pill without pause will help the pain, but I have been taking the pill without pause for nearly 5 years now, and it doesn’t help. They also are telling me the only thing that will help me, aside from the pill, is a hysterectomy, but they insist on not taking out my uterus until I’m at least 35 years old and have had children. If I don’t want children, they will wait til menopause to remove my uterus because I ‘might have a change of mind.’

I am trying not to give up. I am trying to find a gynae who will really help me get rid of the pain and the exhaustion, and til I find someone, I’ll just have to live with it. I’m not going to let this illness ruin my life or the plans I have for my future! But it’s not that easy when you feel like everyone, even your own body, is fighting against you and there is no doctor able or willing to help you.