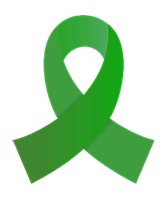 My name is Jessica and I am 38 years old. For over a year I started having terrible, debilitating headaches. I thought they were migraines causing terrible pain, nausea, and vomiting. Originally they were infrequent but then happened two to three times per week. I thought that it could be my sinuses so I began living off of Claritin D, which helped for a little while but then had no effect. During this time I also started noticing other unsettling symptoms and I knew it had to have a more serious cause. These symptoms included my vision going black upon standing as well as tingling and numbness around the left side of my mouth which then migrated to my left cheek and the back of my neck. I started seeking answers by going to doctors.

The first doctor I went to initially thought my sinuses were out of control and thus triggering these migraine type headaches. He prescribed a nasal spray and suggested I continue taking a sinus medication with a decongestant. It helped with the headaches but not with the other symptoms. I was also having a rapid heartbeat which I have had on and off for years and seemed unrelated but he sent me to a cardiologist next. He could not find a reason for the vision changes or numbness so he suggested I go back to my primary doctor and ask about neurology or ophthalmology. The next doctor I saw was a neurologist who through it was perhaps due to low blood pressure (mine tends to be on the lower end) and prescribed a salt tablet to see if it makes a difference. He also ordered an MRI to be run the next evening. I saw the neurologist on a Wednesday, had the MRI Thursday night, and received a phone call Friday morning from the neurologist that I had a brain tumor the size of a large golf ball on the right side of my brain. I was in shock. With any diagnosis one receives I was not expecting to hear the words, “You have a brain tumor.” Sometimes it still has not sunk in.

The doctor then prescribed the steroid Dexamethasone to be taken to help with the swelling on the left side of my brain which seemed to be causing more concern than the actual tumor. He scheduled an appointment for later in the day to speak with a neurosurgeon. The neurosurgeon made it sound like it was a simple procedure and seemed eager to remove it ASAP. After speaking with family it was suggested I seek a second opinion from another doctor who is well-known in his field. The first doctor wanted to remove the tumor within two weeks of being diagnosed and scheduled the surgery. I emailed the other doctor with a copy of the report I received seeking his opinion. He emailed me back further explaining my tumor and an office appointment was scheduled. During that visit he not only described my tumor more in-depth but let me know it was feeding off my blood supply so removing it was possible but more serious then I had been told by the first neurosurgeon. Feeling more comfortable with the second neurosurgeon I decided to go with him. He ordered more tests to see how many blood vessels fed the tumor and whether the cerebral artery also fed into it. A CT scan and a few more MRI’s were ordered along with a cerebral angiogram. Originally they thought they could cut off the blood supply in a separate procedure prior to resection but that would not be possible so I was told I needed to “donate” blood in the event of blood loss. However, I was unable to “donate” blood to myself due to my veins being what I call uncooperative. Not only are my veins small but they are hard to locate and when they do locate one, they tend to turn and not be very fruitful. Several weeks passed and the steroids to control the swelling on the left side of my brain had a negative impact on my body causing extreme muscle weakness, fatigue, Cushing’s syndrome, and so much more.

On Tuesday, August 11, 2013 I underwent an 11 hour surgery to remove the tumor which did require a blood transfusion. The heavy dose of steroids continued intravenously and burned beyond imaginable going in. My poor arms and hands looked as if I had been run over by a car with the number of bruises I incurred as a result of IV insertions which had to be changed frequently due to my veins. On Thursday of the same week I was released home to start my recovery process which has been long and arduous. While I was prescribed pain medication I opted to do without and I actually did not need them. After several weeks of continued steroid use and anti-seizure medication I was able to be weaned off of them which caused a whole new set of effects – withdrawal symptoms. In addition to the other effects I also had deep muscle pain, upper backaches, and stiffness.

Several weeks later I started a physical therapy regime of two times a week for six weeks. At the start I could not even get out of a chair without assistance let along doing much physical exercise but at the end of the six weeks I gained most of my muscle strength back and improved my balance. I still have a ways to go and continue to do physical therapy on my own but slowly I am on the upswing. I still have deep muscle pain but was told that will eventually go away, it just depends on my individual body. A follow-up MRI confirmed the entire tumor was removed during the surgery and the swelling had been completely resolved. I have to continue undergoing MRI’s to keep check that the tumor does not come back and if it does, take proactive steps to remove it before it gets large or has an effect. My life is forever changed but I am getting stronger every day – physically, mentally, and emotionally. This experience put my life on hold and I am now dealing with the emotional aspects of that but I am thankful to be alive, be on the road to recovery, and very thankful it was benign. Any major illness sucks but having a brain tumor has taught me a lot which I will use going forward. 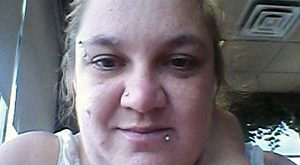