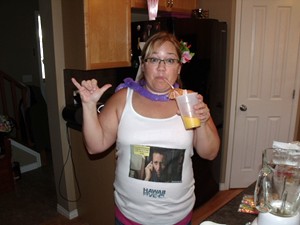 What dreams are made of…

It was the summer of 2008 when the tapestry of my life unraveled. It was like someone found a single loose thread to take hold of; pulling slowly at first, the thread begins to reveal how it was holding the picture together. With the excitement of discovery and wonder, an increase in purpose to take what was and watch it disappear.

My father’s illness with epilepsy had put him in the hospital. He was a very pride-filled man and this disease was taking that pride and stomping all over it, leaving him battered and broken; embarrassed. Pride was replaced by shame. The weeks that followed, I never gave a second thought to jumping in and taking the challenges faced with trying to help dad see what his life might look like and how he was going to get there.

September 11th, shortly after being discharged, I received a call from the police letting me know that my dad had tried to end his life.

October 10th, immediately after discharging himself from psychiatric care, dad was successful in ending his pain.

Six months later, I held the hand of the woman who had been my best friend my whole life. My grandmother had lost a breast to cancer nearly 10 years earlier and now it had returned to take her life. I witnessed the pain wash away as she took her last breath.

July is fast approaching and will mark the one year anniversary of my brother’s, who is my only sibling, disappearance. After nearly 3 weeks of searching, praying, sleepless nights, and not knowing if he was alive or not, he was found. He was diagnosed with bi-polar disorder. Today his life is in shambles. He’s lost everything and his illness has also claimed his marriage through which he has a young son. Everyday there is pinch of fear to remind me that my brother’s illness will always affect those who love him.

This coming fall will be the anniversary of my mother’s stroke. She’s 58 years young and suffers from a multitude of health issues. Along with being diabetic she also has fibromyalgia.

As I went through a full spectrum of emotions, first the depression ate me up, and then the constant pain. Since my teens, I’d suffered daily headaches and migraines. Often, I’d suffer for many days if I tried to exercise or just weed the garden. Overwhelming fatigue was my biggest daily struggle. I could seriously fall asleep standing.

Initially, my doctor told me that it was a symptom of the depression. As everything piled up and the pain increased, I became more depressed and could no longer function. I quite everything – my job, volunteer work, attending church, and friendship. I soon became suicidal.

In sheer frustration I quit taking my anti-depressants. Of course this didn’t help the matter. In fact, looking back, I was worse.

Finally, I got angry enough that I insisted my doctor refer me to someone to be diagnosed for fibromyalgia. He believed I was suffering from arthritis and referred me to a rheumatologist. As the rheumatologist explained to me that I did not show any signs of arthritis, but did indeed have fibromyalgia, I cried. When asked why I was crying, I explained to him that I’ve been witness to how this ugly ‘thing’ has devoured my mother. He tried to encourage me in saying that that would not happen to me. I walked out with no medication to help with the pain and only the advice not to go reading all the info on the internet about fibromyalgia.

I promptly went back to my family physician and he prescribed a new anti-depressant that is also used to help with fibromyalgia pain.

Today, my mental state is intact, I’m happy to say. This helps a ton when trying to come to terms with and accepting the diagnosis. In the accepting, I am learning that I am living a new normal. Everything that has happened in the past 4 years, has changed me. I am NOT the same person I was then. I’ve been battered and broken and still I fought on…AND, I will continue to fight, because I have so much to fight for!

My husband and I met in 10th grade typing class and this summer we will celebrate our 19th wedding anniversary! We have 3 amazing children – 2 boys, 20 & 17, and a spitfire 12-year-old daughter. This little family has used patience, understanding, faith, and love to keep us together.

I am very intentional that when I am having good days, I take advantage of them by doing the things I love like advocating for child sponsorship of children living in extreme poverty or spontaneously throwing a season finale party for my favorite show – Hawaii 5-0. I need to use the ’good days’ to know I’ve helped someone else who may be far worse off than I and to make great memories for me and my family that will cherished and shared.

When I am feeling able I also make sure to do my ’training’ (exercise) in preparation for my BIG DREAM! If you haven’t already guessed – I’m a huge 5-0 fan! My family and friends think I’m a little too into the show ;0). The show inspired me to research the beautiful island of Oahu and I discovered a location that speaks to me of a symbol of the journey I’ve been on…The Diamond Head Crater! It is my dream that one October (in remembrance of my dad who could no longer fight the pain) I will undertake the 1-2 hour hike, walk through the dark tunnel and up the 99 stairs to plant my feet at the top and celebrate that I am here! I am a survivor and a fighter. I want to realize the dream and encourage others living with pain, fear, and uncertainty, to, no matter what, never lose hope and fight the good fight!!!

Yup, that’s my dream…I have no way of accomplishing it right now, only HOPE! And that’s what dreams are made of; HOPE!