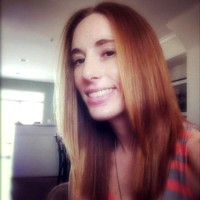 I was always such an athletic person, from childhood through high school, so it was a huge shocker when I was diagnosed with FSGS, a type of chronic kidney disease, in August of 2009 at 26 years old. I was later diagnosed with celiac disease in April of 2011. As a child my parents told me I would always complain of not feeling well. When asked what was wrong, I could never articulate what I was feeling, so I unfortunately got labeled as a hypochondriac. I played soccer from the age of 4 and up. I noticed in high school, I felt like I was being slowed down, as if there was a force holding me back from running as fast. I had also developed what I thought was just a sensitivity to greasy foods, so I stayed away from pizza and certain sandwiches which triggered me to not feel well.

Speeding up to 2005, I started feeling a lot more fatigued than normal. I went to my primary care physician and had some blood work done. The results showed I was mildly anemic, and there were also some elevated levels that I was unfamiliar with. My doctor advised me not to worry because I was young. At that point, I had complete faith in my doctor and did not feel any reason to question him. So I was prescribed iron supplements for my anemia with no follow up required.

Moving forward. I still felt off, but I couldn’t pinpoint what that feeling was. In early 2009, I fell ill and started to gradually lose weight, felt extreme fatigue, and suffered from a loss of appetite. Already being a thin person, this was quite concerning. Again, I went back to that same doctor I had seen in 2005. He did blood work and noticed I was still anemic, and those same abnormal levels I had in 2005 were still elevated. This time I was not taking his ‘you are young’ response for an answer, and I looked into my abnormal blood results myself.

After researching online, I realized those abnormal results had to do with my kidney function, so I took it upon myself to make an appointment with a nephrologist (kidney specialist). After months of numerous blood tests, kidney ultrasounds, and a kidney biopsy, I was diagnosed with FSGS, a type of chronic kidney disease, and was told it would eventually lead to complete kidney failure. I was told that because of the advancement of the disease at the time of diagnosis, I would be put on medications to try and slow down the progression but complete kidney failure would happen at some point. When I was delivered this news, I had a whirlwind of emotions. I was shocked, angry, terrified, and confused. I did not fall under any of the risk factors for kidney disease, nor does it run in my family. I felt massive amounts of anger towards my doctor who should have diagnosed me years earlier. Being able to provide blood test results as far back as five years to my nephrologist, he was able to confirm that I had kidney disease for at least five years prior. Because I was not getting an answer as to why my kidneys were failing, I started blaming myself. I thought that maybe I did something to cause my kidneys to fail. It was hard to overcome but I had finally gotten to a place of acceptance.

Then in 2011, I fell ill again. I was getting sharp stomach pains, felt sick when I ate, had neurological problems, and had throbbing in my esophagus. So this time I went to a gastroenterologist. In April of 2011, I was diagnosed with celiac disease after my blood results and upper endoscopy came back positive for the disease. I could not believe what was happening! I could not believe I was being diagnosed with another disease! Luckily, celiac disease can be controlled on a gluten free diet. It was very hard to adjust at first, but I realized this is a battle that I will not be able to overcome, as there is no cure for celiac disease. It’s forever. So I used my resources and gained a lot of knowledge on gluten free dieting. Within a few days of eating gluten free I noticed amazing changes in the way I looked and felt.

Unfortunately, my kidneys started to decline faster than expected, and on November 17, 2011, I was notified by my nephrologist that my kidney function had dropped to the point of qualifying for a kidney transplant. I will always remember that day. The emotions I was feeling, the location where I was, and the people who surrounded me. Even though this is what I knew would fix me, I was very scared. I had a lot of anxiety about it and was worrying I wasn’t healthy enough to undergo such an intense surgery. As my kidney disease progressed into end stage rental failure, I was feeling the intense symptoms of this monstrous disease. I started to realize I was fighting a losing battle. It became so hard for me to even wake up in the morning and get moving. I felt swollen and heavy all over, exhausted every day, felt sick to my stomach all the time, I couldn’t eat, and I could barely walk up a flight of stairs without feeling like my body was shutting down. After advising my employer of my need for a kidney transplant, I started getting treated differently. I quickly became aware of what they were doing. They were intentionally putting stress on me and trying to push me to quit. Being the fighter that I am, I kept working, but due to my illness and need for a kidney, I was terminated from my former employer at the end of January of 2012. The following day, I went to the EEOC and filed an EEO and got myself legal representation as well. Dealing with that stress on top of my illness was very stressful for me. Going through the process at the transplant center to make sure I was healthy enough to undergo the surgery, as well as finding a live donor was also very stressful. I was so desperate to find a kidney donor because I was dangerously close to being put on dialysis. I knew that if I could not find a live donor I would end up on dialysis for at least a couple years because of the wait on the transplant list. It’s a miracle that I was able to avoid it, because people with as little kidney function as I had, were most always on dialysis at this point.

Through all the stress of finding a donor, my husband turned out to be a match! It was truly a miracle! We scheduled the date for transplant and on May 11, 2012, at 28 years old, I received the gift of life!! Recovery was hard and long, but it’s now been three months since transplant and I am feeling much better! I even don’t mind at all that I have a big 5 1/2 inch scar down my right front abdomen. I thought it would bother me but I’m proud of it because it’s my battle wound that shows what I went through to make me as strong as I am today. When you’ve been where I have, and have been so incredibly sick, and are given the chance to live life normally again, you learn to appreciate all the small things. Being able to walk up a flight of stairs and not feel out of breathe and exhausted was an unfamiliar feeling that made me incredibly happy! Waking up in the morning without that heavy, swollen feeling is a blessing too.

I’ve had a few complications along the way, such as a blood clot, and an issue that I have to see a urologist for, but these are all small bumps in the road on the way to my dream destination of a healthy life! The first year following transplant is the most crucial, as that is the time-frame where re-occurrence  rejection, and other complications are more likely to occur. I was told that due to the type of chronic kidney disease I suffered from, I have a 30% higher risk of re-occurrence than transplant recipients who suffered different reasons for kidney failure. I was also told that since I’m young, and the average longevity of a transplanted kidney is about 25-30 years, and in some cases much less, it is likely I will need another kidney transplant in life. I will be on immunosuppressant medications for life to trick my body from recognizing my new kidney because without the medications my body would reject it. So I just have to be more careful about germs with my weakened immune system.

I am thinking very positively, hoping I’m the miracle child who’s kidney can outlive all others! I’ve gained a ridiculous amount of strength from going through this battle. At my age, most people cannot comprehend what something like this feels like emotionally or physically, and I have become such a strong person. I’m thankful for my husband who so willingly gave up his kidney to save my life, as well as my good friend Jess who is battling cancer and gives me the strength everyday to fight on. I have to add that organ donation is the most amazing thing you could do for a person, and you can live a perfectly healthy, normal life with one kidney. But my husband and I are both doing well, and even though everyday is still a battle for me, it’s a battle I am proud to fight! Don’t ever give up, because ‘everyday holds the possibility of a miracle’.