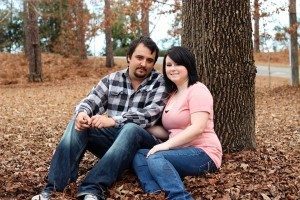 I have always had bad periods. The cramps were unbearable, but it really got bad when I was 18 years old. I remember waking up and barely making it to the bathroom, and that was when I hit the floor. The pain was so bad, I couldn’t move. My mother came running to me when she heard me trying to call for her. She helped me to the couch and got my heating pad and pain medication for me. The day was a nightmare, a nightmare that I would have to face every day from that point on.

In 2008, I had my first surgery to remove several cysts and endometriosis. I felt better for about two months, and then it started all over again. My doctor never really took me seriously and would just give me a prescription for pains meds and send me home. In 2012, I had three surgeries by two different doctors. At each surgery, I was told they had removed as much endometriosis as they could and that the endometriosis had come back even more after each surgery. I have also had my right ovary and tube and all except maybe a fourth of my left ovary removed. This was very disappointing. I felt like I had no hope of becoming normal, whatever that felt like. My normal had become pain every single day.

I had my last surgery in 2013 by a specialist out of state. He removed my appendix and more endometriosis. After that surgery, I got an infection that had become abscessed and was in the hospital for a week. I still had no improvements. I was then told, not only did I have endometriosis, I had interstitial cystitis, chronic pelvic pain (CPP) due to damaged and over-stimulated nerves, GERD, and IBS. I now see a doctor at a pain management center to get medication to help with the pain, so I can try to do normal daily activities.

My illness, as y’all already know, is extremely controlling. I was told just last year that I will not be able to have children. I am 26 years old, and it seems like every day that I get on social media, someone is announcing they are pregnant. So many times I have seen those posts and just broken down crying. Or I see someone who has been in and out of prison and had one child already taken from them by social services, and they announce they are pregnant, or I see a very young teenager having a baby. How is that fair? Why do they get the privilege of having a child, and I don’t? I would be an amazing mother. I pray constantly for a miracle baby.

I try so hard to live by, “I have endometriosis, endometriosis does not have me.” My wonderful husband has been right by my side through everything. I was so worried he wouldn’t be able to handle everything I have going on. We have been together for seven years and married for one and a half years. He has been so amazing through everything. My mother is my real hero. She’s been there to pick me up, literally, and make sure I’m doing okay. She has seen me at my absolute worst. She’s so very supportive, and she had endometriosis as well, but it was never as bad as mine is. She had a hysterectomy in 2007 and hasn’t really had any problems since. I have also learned how to hide my pain very well, sometimes too well, because then people don’t believe me when I say how bad the pain is. Coping with a chronic illness, especially an invisible one, is so hard.