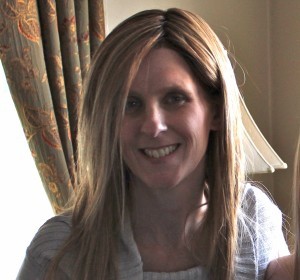 My name is Erin and I am 39 years old. I am a wife and mother of two beautiful girls. I was an ordinary woman leading a very ordinary life when in the spring of 2013 my life suddenly changed forever. The onset of symptoms were quite sudden and the symptoms were very strange. The first symptoms of my illness were confusion, paranoia, and hallucinations. I had never had any mental health issues during my 39 years so this was a very big concern for me once I started to exhibit these symptoms out of the blue. Once I was hospitalized things went from bad to worse. I started suffering seizures, lost consciousness, and became catatonic at times. I would sit in my hospital bed and repeat random things over and over again. I was in the hospital for several weeks and after over 200 tests the doctors were still not sure what was wrong with me. Finally, three and half weeks after being hospitalized I had my diagnosis of a very rare disease called Anti-NMDA Receptor Encephalitis. An auto immune disease so rare that it was just recently discovered in 2007. Most hospitals have never heard of it and do not even know the symptoms or how to test for it.

I was very lucky. I was saved by a book. One day during my hospitalization my husband received a call from his secretary after she had heard about a memoir written about another woman’s journey with my disease. My husband went online and read passages from the book and then looked up You Tube video’s that the author had posted of herself in the hospital. My husband knew instantly that this was what I had been fighting. He dropped everything and raced to the hospital to show my doctors. The doctors said my tests had already been sent to the clinic and this was something they were in fact testing for it. Later that night I had my diagnosis.

In fifty percent of patients with my disease there is an ovarian teratoma present. Given my deteriorating mental condition I was unable to make any decisions on treatment. Unfortunately, my husband had to make the decision to have both ovaries removed. The biopsy showed now teratomas. I was then placed on steroids which did not work. They tried IVIG which did not work. The doctors then tried plasmapheresis and that also did not work. Finally, my husband was able to contact the doctor who originally discovered this disease who was no longer in the United States but was now in Spain. That doctor worked with my doctors here and the decision was made to start chemotherapy. Once I started on chemotherapy I finally began to recover. After two months in the hospital and five weeks in an in-patient rehabilitation facility, I was lucky enough to rejoin my husband and girls at home. I spent two months in the hospital, however I remember very few things about my experience there at all. I have gone through six months of chemotherapy treatments, physical therapy, speech therapy, and occupational therapy to recover. I have returned to work, I am driving again, and I am on the road to recovery. However, with my disease there is always a chance of relapse. While the chance is there I choose not to focus on that but to instead focus on the future.

I felt it was important to share my story as my disease is so rare. However, there are probably thousands of people suffering with similar symptoms that are just being misdiagnosed. Awareness is key and having the support of family and friends is by far the best medicine. 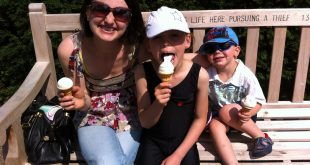