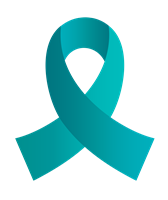 I was diagnosed with Polycystic Ovarian Syndrome at age 16. My case was as bad as it gets. I wasn’t able to menstruate at all… ever.

I am now ovulating and menstruating every month. My cycle ranges from 23 to 40 days. My body hasn’t yet begun running “like clockwork,” but my cycle is always short enough that I know both ovaries are functioning beautifully. I have no doubt that regularity will happen soon. I just want very much to post now to help anyone who might be out there searching desperately for an answer, as I was.

My period slowed, then stopped at age 15. At 16, my MD put me on the Pill, and I continued taking it until the age of 34. Twice during my 20s, I tried going off the Pill to give my body a chance to “do it on its own.” And twice, after a full year with no periods and with ultrasounds showing enlarged ovaries, I went back on the Pill. Mine seemed to be a very tough case. I was active, healthy and fit, but my ovaries didn’t function at all.

At the age of 30, I developed dreadful side effects from the Pill, which I now realize were due to growing toxicity in my liver and kidneys from years of the medication. My hair was thinning at a frightening rate, my armpits were sweaty, my vagina was dry, and I was so hypoglycemic that I could never seem to eat enough to remain comfortable. I was eating meals with meat and cheese every two hours and waking up in the night, too hungry to sleep. Yet I was more muscular and fit than I’d ever been.

Determined that my body could learn to function on its own, I began searching for answers in alternative medicine. I tried a couple of different homeopaths and herbalists, but always remained on the Pill throughout the treatment, as I was wary of the roller coaster my body seemed to go through when I went off the Pill. At the age of 33, I visited an herbalist my sister recommended. He did blood analysis and other tests, and I took the leap of going off the Pill. I spent thousands of dollars on expensive, packaged herbs. I did have one period under his care–my first “real” period in 17 years–and I cried tears of joy at that miracle. I never had another one under his care though, and eventually, was too broke to continue the treatment. I went back on the Pill.

When I was at the age of 34, a friend highly recommended another alternative doctor. By the time I finally made the appointment and took a commuter bus to go see her at her home office, I’d forgotten what kind of treatments she did. If I’d remembered, I probably wouldn’t have made the appointment.

She was intuitive and worked with energy. I considered this kind of thing to be highly suspect, and although I didn’t necessarily disbelieve it in the broad sense—I would have admitted there probably were a few people in the world with such powers–I somehow didn’t believe there could be a person in my near vicinity who could really cure a person in such an airy-fairy way.

From the moment I entered her office, she began to pick up bits of my history all on her own. She knew that I had the mumps at age eight, even though I had never written such an obscure fact down on the brief medical history form I’d filled out. She picked up that something profound had happened in my relationship with my father between the ages of eight and 14. And something had, although it was nothing awful in comparison to the difficult childhoods some women have had. Essentially, I viewed the relationship from the perspective of my current reality, with a great sense of guilt over never being able to love him enough.

Dr. Molly was filling up with profound emotional feelings, right there in her office. She was feeling the emotions of myself as a little girl. Talking with her, I suddenly felt my perspective of my entire challenging relationship with my father shift. I began to see it from the point of view of myself as a little girl, when he, for his own reasons, became needy and overpowering. I remember constantly feeling the desire to run away from him, but I wasn’t allowed to because he would become hurt and angry. The relationship wasn’t in any way sexual, but Dr. Molly, feeling those early emotions for me, called it emotional rape. I realized that our angst-filled state of affairs wasn’t my fault, that I was just a little blank slate girl when it started, and that there was no reason for all the guilt.

What Dr. Molly believed was that, out of a sense of protection, my body had created an energy block, and this block had stopped my ovaries.

She had me do some visualizations (imagining putting a white light of personal space between my father and me), repeat some affirmations (“My emotions are important,” which I thought was completely silly until I began to bawl like a baby), and then she began to move her arms around, about one foot above my body. My body began to respond, making loud gurgling noises and making little shifts inside that I could feel. This is how powerful this woman is. She was basically doing the same kind of treatment as acupuncture, but without the needles. My body made those same noises and inner movements every time I saw her for a year.

I literally left her office and walked to the bus stop with my jaw fully dropped in awe. It was the most incredible hour I’d ever spent. I could already tell it would be life-changing. But the biggest life-changing moment happened the next day. I spotted.

I had never in my life spotted. First of all, I was on the Pill, and you don’t spot on the Pill unless you miss a pill, which I hadn’t. Also, spotting requires ovarian function, which I’d never had. Well, now I did.

I went off the Pill and began to see Dr. Molly as often as I could get an appointment. Between aligning my energy and her incredible insights from her intuition, she helped me to change my life. All the parts of my life were failing when I began to see her. I was broke, my career was in the dumpster, my health was awful, and I was desperately single. I had been doing all kinds of work using affirmations and affirmative prayer. I had told myself and the Universe that I was healthy and fertile and womanly and that my perfect partner was going to arrive at the perfect time, every day for two years. I’d gone deep, feeling the emotions of joy these changes brought, sobbing. And then the next day, more hair would fall out in the shower.

Under Dr. Molly’s care, little by little, my life began to align, along with my energy. It was like all the things I wanted were waiting to snap into place, but I wasn’t powerful enough to have moved the block on my own.

Over the course of one year, I had three periods with her, and each one was a miracle to me. After a year, we both realized it was time to see someone who could take me to the next level: the land of regular periods.

My own intuition led me directly to Chinatown, and to a wonderful Traditional Chinese Medicine herbalist with over 30 years of experience. As soon as I met him, I knew I’d found the right place. My treatment is a tea that I drink once a day, made up of ten different Chinese herbs and roots. My prescription is written out in Chinese characters; the dosage of each individual herb is tweaked each week, depending on my symptoms. This is key: Dr. Chen says some other herbalists simply give you a pre-set prescription of the 10 herbs, and they don’t switch them up. This would never have worked for me. One herb, for instance, made me very dry downstairs, so Dr. Chen switched it out for another herb. Another herb gives me hemorrhoids. Each week, Dr. Chen checks my indicators (wrists, tongue), asks me a bunch of questions, and adjusts my prescription accordingly.

He gave me my first period within five weeks of seeing him. Every subsequent cycle has been between 23-40 days. I am ovulating like a normal mammal for the first time in my life. I am in love with a fantastic man and looking forward to having babies, something Western doctors always told me I likely would never have. I just bought a house. Life is beautiful, and I guess the neat part is I am fully aware of how beautiful it is every day.

The cost of my fertility is worth it. Western medicine basically says our bodies are not able to produce the hormones needed in the right proportion to allow the egg to be readied for release from the ovary. I could never relate to you what TCM would say on the same subject. But I can tell you that my body produces the right hormones in the right proportion just fine now.

Could I have skipped the energy doctor step to be treated directly by the TCM herbalist? I really don’t know. Would TCM have helped me if I hadn’t first found the answer to how the block was created and subsequently had a big discussion with my father to air that whole subject? It’s really hard to say. Perhaps with acupuncture.

Both Dr. Molly and Dr. Chen said my liver and kidneys were weak and they needed to align or “clear” the energy there. I’m not really clear on whether having the “energy” blocked in my organs means that the organs themselves are blocked, but I’ve begun doing Liver Flushes in the hope that I can help my body even more. Because I am a runner and eat very well, my bowels are already great (twice/day).

That is my story. I wish you all the luck in the world in finding your answer. I believe the answer is here for us to find. If you haven’t already done so, look within yourself first. Do you have issues you need to resolve that may be producing energy blocks? I thought my issue was too “small” to be the problem, that other people’s lives were so much more challenging and their ovaries worked just fine. Air the issues. Talk with your father/brother/partner or whomever you need to talk with. Build harmony within yourself and your life.

And then, listen. Follow your intuition to find your answer.

(If you have a similar problem and feel like talking or you want my doctors’ information, feel free to write me. Elenasimpson650@gmail.com)