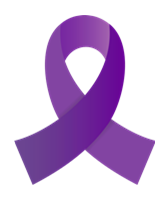 I am in the process of being diagnosed with Lupus. At the age of 18, I awoke one morning with almost complete loss of vision in my left eye. I went from having 20/20 vision to having barely any at all;  this was not a gradual loss, this literally happened over night.  Of course, my first instinct was to go to the doctor. They took one look at me and told me to go to the optometrist, who refused to see me due to the condition of my eye and told me to go right to the emergency room. This is where my nightmare began.  I was seen by a doctor and was told I was suffering from optic neuritis ( I had never heard of this and, of course, thought the worst).  I was sent for an emergency MRI, as this condition is one of the biggest symptoms of MS.  Nothing showed up in the MRI, so I was sent home on an IV with a high dosage of steroids.  This was only the beginning of all of my symptoms. For three years after the first onset of optic neuritis, I suffered with it reoccurring in both eyes alternately. During that time I was going for frequent MRIs and always being told the same thing, “You have MS but no apparent lesions on your brain.”  They offered me daily injections to control a disease that I had no proof of really having. I refused treatment and, to this day, I am still adamant that I need proof.

Along with optic neuritis, I have been overwhelmingly fatigued, having hair loss and a slight rash along my cheeks. I have also had an enlarged spleen, an inflamed kidney that keeps producing stones, and syncope (fainting episodes), which recently have been getting worse. I recently switched neurologists and she had a light-bulb-moment and thought to do some blood work to test for other autoimmune diseases. Within two days of having the blood work, I received a call from the hospital stating that a few things came back positive and that I was being referred to a rheumatologist. I have recently been seen by my neurologist and she has told me that all of my symptoms are from Lupus and that, from the tests she has performed, she is sure that this is what it is. I have been struggling for five years to have my voice heard. I feel as though for years I have been seen as someone just complaining about different things and really not being heard. Finally five years later someone is listening and testing for everything in the book and I am so close to my answer.

Note*** I had told every one of my doctors that Lupus runs on my mothers side of the family!!!!