Home / Articles / Get Informed / Awareness / Could You Have Diabetes And Not Know It?

Could You Have Diabetes And Not Know It?

An estimated 16 million people in the United States have diabetes, a condition in which the body is unable to convert the glucose from food into energy. At best, diabetes is a nuisance and involves regular medication and a change in lifestyle; at worst, the disease can lead to serious complications and can be fatal. In fact, diabetes is the seventh main cause of death as well as a leading cause of blindness. Diabetes costs an estimated $174 billion annually in treatment, health insurance, and missed work days.

But is it really possible to have diabetes and not even know it? Amazingly, around a third of diabetes sufferers don’t realize that they have it. The symptoms are often mistaken for something else and it simply doesn’t occur to many people that they might actually have diabetes. It’s often perceived, especially by otherwise healthy people, as something that can only happen to others.

Certain ethnic and other groups are statistically more at risk of developing diabetes – if you are African American, Latino, Native American or a Pacific Islander, you have a higher risk factor. The elderly are also more at risk, because as we age, our bodies become less able to tolerate sugars. And if you are obese, a smoker or have a particularly inactive lifestyle, you are more likely to suffer from it, as well as if there is a history of diabetes in your family.

Pre-diabetes is the name given to a condition in which you are particularly at risk from developing diabetes, although this can be even more difficult to diagnose, as there are no actual physical symptoms. Only a blood test can really determine if you have pre-diabetes. Like diabetes itself, it is treatable if caught in time.

There are two basic types of diabetes, known as type one and type two. Less than 10 percent of sufferers have type one diabetes which tends to mostly affect children and young adults. Type one diabetes can easily be managed with various treatments including insulin shots. Type two diabetes is far more common and potentially far more serious, as the body is unable to cope with the lack of glucose in the body’s cells.

But regardless of your life style or background, a frighteningly high number of people don’t actually know they have it; and anybody can get diabetes, regardless of race, age or background. Even so called pre-diabetes can cause serious health problems and if you feel you may have diabetes, it’s extremely important to be checked for it. Some of the symptoms of diabetes can be similar to those of other diseases, making it more difficult to accurately diagnose.

You may regularly experience some or all of the following symptoms if you have type two diabetes caused by high blood sugar – dry mouth, a feeling of tiredness, blurry vision and headaches. You may experience an unexplained loss of weight, despite the fact that you are eating normally and not consciously trying to lose weight. You may also feel hungry, especially after eating and other signs may include cuts or sores that are slow to heal, frequent yeast infections or tingling or numbness in feet or hands.

Two of the most common symptoms of diabetes are a need to urinate frequently, as well as a frequent feeling of being thirsty. Feeling thirsty despite having plenty to drink, or waking in the night with a raging thirst are both red flags. The symptoms of being thirsty and wanting to urinate frequently are both connected – excess sugar levels in the body seep into the urine and draw water with it, causing both frequent urinating and a feeling of thirst. If urination and thirst are often accompanied by the other symptoms, you should be particularly concerned that you might be diabetic.

If you are diagnosed with diabetes, it doesn’t necessarily mean the end of your life. Diabetes will mean some lifestyle changes, but in many cases it can be treated and controlled effectively. But it’s important to get it diagnosed early and accurately if you suspect that you may have it. 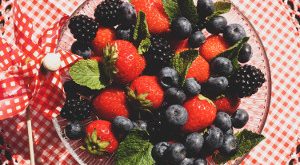 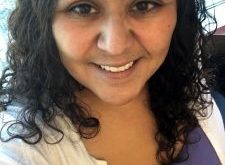 One myth that many new diabetics embrace is the idea that fruits are off-limits. While it’s true that fruits are higher in natural sugar than most vegetables, fruits are also a good source of fiber, which helps to moderate the rise in blood sugar that occurs after a meal. On the other hand, some fruits are naturally low in sugar and may be a better choice, since you can eat more of them. What are the best diabetic-friendly fruits?