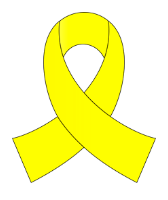 I remember my Mom telling me how lucky “we” were that we didn’t get painful periods. Heavy, yes. Painful, no. Well, at least according to her. And for some reason I can’t pinpoint, this made me unwilling to speak up and say that I DID have pain. In the early womanhood years, the pain was bearable. The heavy flow (had to get up every two hours the first couple nights to change) was a tougher battle. But, over time and bit-by-bit, the pain came. At first, it was pretty minor but it steadily got worse. In college, I’d occasionally lie down to escape it. By grad school, I’d curl up to cry and lose a few days of studying. Within a year after finishing school (24 yo), it was at the “just hope to die” level.

I still didn’t speak up. I don’t know why. I’d never been healthy. Two prior ENT surgeries, hives from nowhere, migraines…I was used to docs and talking but there was a block here. I went on the Pill for the heavy flow (and, well, the birth control side) and STILL didn’t speak up about the pain. It helped the flow but not the pain. Eventually the pain became an every day demon instead of a monthly visitor. I finally spoke up when I fell out of my desk chair from the pain. The doc fit me in, my secretary offered to drive but settled for putting me in a cab because I looked like a ghost (hard for an Italian girl!).

As soon as the docs and I talked, I KNEW endo was the culprit. But, since endo diagnosis requires surgery, we did lots of other tests first. Each test (ultrasounds, upper GI, barium enema…) was a roller-coaster. I wanted an ANSWER but feared what it would be. I finally got the laproscopy scheduled and I showed up for my pre-op screening – with walking pneumonia…I guess I’d been toughened…just thought it was allergies. A delay (and a BIG cry in the office women’s room) ensued but eventually the diagnosis was made.

Endo is a tricky beast. I was in a LOT of pain but it was actually a small amount of endo that was the culprit. This is a reality…pain and the amount aren’t always correlated….some women with severe growths never hurt (and only learn of it with fertility troubles), others have a small amount that just hits the wrong spot. The small growths make it tricky- I’ve had three laps to remove tissue but still struggle. I take continuous BCP (no placebo week) and will end up in tears if I somehow miss even one. I’ve had three surgeries for it and wonder if it’ll just be a recurring event. There’s no cure. I appreciated the doc who said “It is likely we’ll never get you pain-free” because it was honest. I learn to deal – the bad days are less often but still bad. I warn people I’ll be snappy when it hurts (my favorite phrase: “it is NOT an excuse, but it IS an explanation”). I’ve faked a phone call on the train to voice the invisible pain and guilt someone into offering a seat.

By far, the best thing I’ve done is live this fight openly. I’ve found other women who can relate. It took my breath away when another woman shared that she also sometimes hoped the pain would notch up JUST a bit because then she’d get to “go away” (not fainting, not sleeping, just the brain letting you leave…). And I hope that I’ve also helped at least one other woman.

A few years ago, I started having a bti of pain I wrote off as gym-soreness but eventually clearly became something else. In an odd way, my severe back pain “cured” the endo for a bit – an 8-level pain in the back beat out the 7 in my pelvic region. And it was oddly comforting to have something we could TREAT rather than just CONTROL. I did all the basic treatments and ended up in surgery on Aug 8, 2011 (spinal fusion). I’m healing from that now.

And it has made me realize a bit more about what makes endo an evil beast. After surgery, the doc (who does a few of these a week) said my disc was among the worst he’d seen in years. And I felt an odd relief – not just because it bodes well for success – but because I felt VALIDATED. My pain was REAL and BAD and I wasn’t a whiny baby. THAT had been an issue in a failed marriage. And THAT is one of the real cruel parts of endo…it is so often written off as minor (“Oh, I get cramps too…sometimes I need TWO Midols…”) or even imagined.

So, MY mission is to tell every woman out there fighting this demon…IT IS REAL.