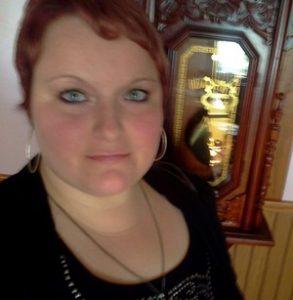 I was born 2 months premature, with stomach ulcers in my undeveloped stomach. I fought against the odds and I survived with no health or learning problems. I’ve always been a fighter.

I grew up in a dysfunctional home. My father was an alcoholic and very abusive. I lived in that far too long. As a result, I have panic disorder and I have struggled with eating disorders; including anorexia, which nearly killed me.

When I was 17, I was sexually assaulted after I left a party. I knew my assailant, but I was so scared to tell anyone about what happened that I remained silent for 9 years. I was in a relationship with someone at 19 and for 18 months, I was a victim of domestic violence. Every day I fought against the pain, the hopelessness, the thought that I should kill myself to end all of it.

One day, I got a dog that had been abused and neglected. No one else wanted him. I knew how he felt. I wanted to show him love and that not every person was like those who had hurt him. Together, we became a team. He would let me know about an oncoming panic attack before I knew it was going to happen. He also alerted me to a migraine before I would even begin to notice the signs. He slept beside me at night, woke me up when the nightmares would begin. He has done more for me than anyone or anything could.

I stopped drinking to numb my pain. I started to open up about what I experienced. Not just bits and pieces, but all of it. Rufus is one of 3 dogs that I have; all rescues. I realized that I could help others like me. I’m working toward being a voice, an advocate for victims of child abuse, domestic violence, & sexual assault. I hope to one day be a counselor, and also go to court with victims who are strong enough to do what I couldn’t when I was a teenager. No one should be frightened into silence. I am also going to overcome the latest hurdle in my life; endometriosis, and the knowledge that I probably won’t be able to have babies, which I want more than anything. I’ve applied with an adoption agency that works with single parents. I will teach my future children about abuse, sexual assault and domestic violence. Knowledge is power and abuse isn’t love.

Never again will I be a victim of anything. I’m a survivor; an over-comer. I’m strong and I’m a fighter. Whatever doesn’t kill me makes me stronger, and it better run like hell. For everyone out there who is struggling to survive, to overcome anything, just remember: when life knocks you down, you stand back up, plant your hands on your hips and say in your sassiest voice ‘You hit like a little girl’. You put those boxing gloves back on, and you keep on fighting because you can beat anything and live to tell the story. 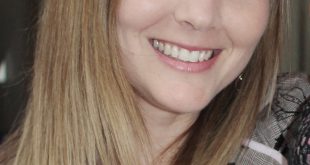