Home / Articles / Health and Wellness / Can Sitting Too Much Kill You?

Can Sitting Too Much Kill You? 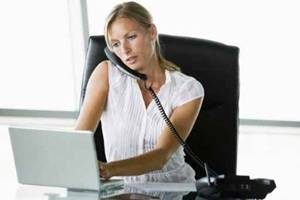 Does sitting too much increase the risk of dying prematurely? According to a new study published in the American Journal of Epidemiology, time spent sitting is even more important in determining mortality rate than the amount of structured exercise a person gets.

Time Spent Sitting and the Risk of Death

Researchers reviewed survey responses looking at time spent sitting and overall physical activity in 123,216 individuals as part of the American Cancer Society’s Cancer Prevention Study. They discovered in healthy men and women, that the more time a person spent sitting down, the higher their risk of dying.

The association was stronger in women than in men. Men who sat more than six hours a day were eighteen percent more likely to die, while women who spent the same amount of time sitting increased the risk of death by thirty-seven percent. The risk of dying was even greater in men and women who sat for long periods of time during the day and got no structured exercise.

Why is Sitting Too Long So Unhealthy?

When muscles are inactive, they require less energy. This sends the body into a resting state, since it doesn’t have to work hard to provide energy for working muscles . Not only does this lower metabolism, but it causes other metabolic changes that affect glucose and insulin levels, as well as lipids – which all play a role in the risk of heart disease, obesity, diabetes, and other diseases associated with an earlier mortality. Sitting too much is not only bad for the waistline, but it’s also not good for the heart. In this study, the association between sitting too long and the risk of death was greatest for heart disease.

Time Spent Sitting and the Risk of Dying: The Bottom Line?

Don’t assume because you worked out for an hour at the gym that it’s okay to vegetate for the rest of the day. Find ways to keep moving, even if you have a desk job or sit in front of a computer all day. Learn the fine art of fidgeting – and use your breaks to walk somewhere, go up and down the stairs, or do a set of jumping jacks. The key is to not let your body go into idle mode. Don’t let sitting too much increase your risk of dying early.

Here are some ways to ‘move’ more during the day:

Bottom line – get moving. It could literally save your life!

Share
Previous Can Women Taking Tamoxifen for Breast Cancer Benefit From Fish Oils?
Next The Stages of Grief