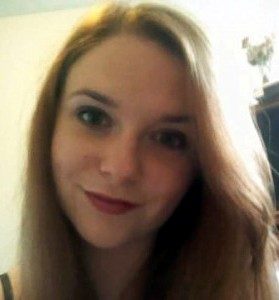 I’ve battled through depression, and I’ve battled anxiety disorder, featuring panic attacks that can only be described as debilitating. And now I have to fight endometriosis, and I’m tired of fighting what is now a trifecta of “you got to be kidding me.”

I first started having endo pain about 7 years ago, and I ignored it. Told myself it was just a cyst and it would go away on its own. I told my doctor in May I wanted to know what was causing the pain, the fatigue, the bloating, the weight gain, my new weird peeing habits, and the lovely rogue chin hair that just added something real special to the acne problem that greeted me like an old friend from middle school. Needless to say, I felt awful in every way. I got an ultrasound done, and my ovaries looked weird. Neither one looked normal to me. The left looked like an alien and had black spots on it, and the right was this massive gray blur.

I was referred to an obgyn and saw her in August. She sat me down and asked questions, and after every answer she would say things like, “That’s textbook” and “it’s textbook.” Finally, she turned to me and said, “I always tell people I can’t diagnose endometriosis by ultrasound, but in your case, I can.” Yay me, do I get an award for that? Apparently the massive gray blur on my right ovary was so large that it was easily recognized as an endometrioma.

I was scheduled for a laparoscopic procedure for October. That procedure took place 5 days ago. My doctor kept saying beforehand that she didn’t know how bad it was and wouldn’t until she opened me up. She was thinking because every time she felt around she couldn’t feel any scar tissue that it wouldn’t be so bad. My surgery was scheduled to take an hour and a half. It took three. It was everywhere. My uterus decided to be besties with and attach itself to another body part. My bladder had endometriosis on it too. She gave my mom pictures, which are definitely not going out as a Christmas card this year. They’re just not that pretty or festive.

The doctor said it’s stage 3. Today has been really emotional. I’m crying a lot because I feel very alone and scared. I’m single, and no one around me has endometriosis. Part of me wishes I would have sought help when I first started having pain, and maybe it wouldn’t have been so bad. Part of me wishes I didn’t go in. After all, ignorance is bliss. Another part of me wishes I never had the surgery. Living in pain and chronic fatigue is my normal, and I don’t know how to not be that. I don’t have anyone to talk to about this. No one understands. Everywhere I look, people are getting married and having babies. Side note, the irony of having a disease that causes infertility and makes you bloat so much you look pregnant, like seriously, it’s twisted. And worse, you have to see an obgyn. You know who else sees obgyns? Yep, pregnant people, so you’re surrounded. I swear, every time I’ve gone to the doctor’s office, the person in the next room is having an ultrasound and listening to their baby’s heart. Right now. the only thing my bum uterus can create is sacks of fluid. My doctor says if I want to have kids, I will need to get pregnant as soon as I get off birth control because, in general, they don’t want me off it.

I’m sad. I’m having a really hard time wrapping my head around it all. I just want to know I’m not alone, that someone understands.