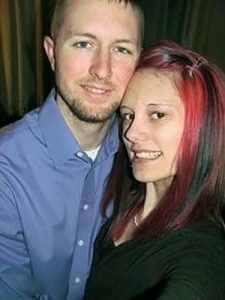 Hi, my name is Ayla. I am 22 years old. It all started when I was 15. I started having mild pain and would always feel sick and my period would also last 2 weeks or longer. I was never regular, either. It was stressful. I always felt I needed to prepare just in case I started. My mom took me to my first gynecologist appointment when I was 16. I told the doctor all my symptoms and she said ‘Lets try birth control’. I tried every kind it seemed, but it did not help and the pills always made me feel sick and throw up. I settled and struggled with this doctor who was a gynocologist for around 7 years, never getting any answers or being taken seriously. I have direct ascending blood relatives with these problems and disease, but she said that does not mean anything. She did numerous pap smears, cultures, and tests. She even put me on depo provera and failed to tell me about ALL side effects. She failed to tell me that 1% can have uncontrolled bleeding. Yes, I am that 1%. I bled for 6 months or more continually.  I went to her several times saying ‘This is not normal’ and she said she would check and get back with me. She did NOT check or get back with me. She even did an internal ultrasound on a couple days break of no bleeding. I tried numerous times, but was never told my results. The last time I called, a nurse said ‘I think the results were normal’.

Finally, I had had enough! I picked out a doctor in Wichita, which is an hour or so away from where I lived. I did a lot of research to find a doctor I thought could help me. It came time to go to my new patient appointment, and I was really nervous. I wondered if she would believe me, would she listen to me, how proactive would she be? We started talking and I immediately knew she would help me. She told me something was not right and wanted tests done right away. A little while later, I was at a blood specialist to make sure I did not have the blood clotting disease, von wilabrands, that prevents your blood from clotting.

A 6 months period of two tests were done on me. I had to come off all medications except Tylenol.  My pain was unbearable, but I was not bleeding as much. Von wilabrands was ruled out and the doctor said the amount of Aleve I was taking to dull my pain (not take it away) was dangerous and prevented my blood from clotting when needed. That point is; when I knew I was dependent on pain medications, it was not hard to quit. But I did have to adjust my life with my pain full force again.

I went back to my new gyno and she did a pelvic exam when I told her it had gotten worse. She felt around and in less than 5 minutes told me she was pretty sure I had something on my ovaries.  We scheduled a diagnostic laparoscopy to find out for certain. I went in April 27, 2012, shortly after my 22nd birthday. I was so nervous, but my boyfriend of 3 years was really supportive. He was not able to stay with me because of work, but I knew I had his support. I remember getting ready for pre-operation, getting put to sleep, and then waking up. I was put in a room to recover and be monitored.  My doctor called later to check on me and told me I had some severe endometriosis and that she had gone ahead and burned off all she could see. I never felt so relieved to find out I had a disease. I was happy to have endometriosis, since I now knew what caused me pain and could work on getting better. I am so happy with my new doctor. She is an answer to my prayers. I will be getting leuprolide acetate suspension shot and chemo hormone antineopl ( in layman’s terms, I believe depo lupron, and the back up drug). This will put me in the temporary process of menopause, meaning I will no longer have periods, and will starve my endometroisis of estrogen to help it from rapidly growing back.

I have had my first period since my surgery and man it was a whole different kind of pain. I hope the shot works. I am so glad to finally start getting a handle on this disease after 8 years. I know if this shot treatment does not help, my doctor will continue to do everything she can. This makes my issue with trust and anxiety disorder much better. I want kids someday and I know she will try all she can to give me that chance.

I want to thank you all for letting me share my story.

SHOUT OUT: To my boyfriend who has been by my side while going through this and all family and friend as well.

Wish me luck as I do all of you.