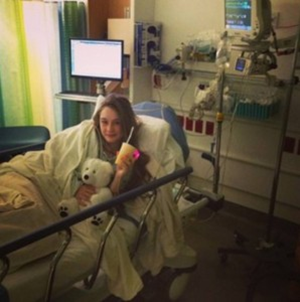 In November 2011, around Thanksgiving, I was sent straight to the hospital after my first blood test ever at age 13. My blood counts were very low, my platelets were three (normal is 140-450), my hemoglobin was less than eight (normal is 12-14), and my white blood was very low too. I was in the hospital for a week while the doctors were trying to figure out what I have. They thought I had leukemia because my disease is very similar to that. After a bone marrow biopsy and aspiration, they told me I have Idiopathic Severe Aplastic Anemia. We thought I would be fine and cured right away. We were wrong.

I was switched to another hospital and started a treatment called ATGAM or ATG, some people call it “Super Chemo.” Aplastic anemia is a bone marrow failure disease, my immune system (T-cells) attacks my bone marrow thinking it is something bad, like a cold. I’ve been wheelchair bound a few times and a I have faced a ton of other struggles because of AA. After ATGAM I was put on a ton of medicine, at one point I was taking 45 pills a day.

In January 2012, I was admitted into the hospital with a fever of 105 degrees. They didn’t know what was wrong at first, so they started me on a ton of antibiotics. My doctor told my mom that I had a bad lung infection and my immune system (fights off infections) was at zero. I didn’t have one so that meant my body couldn’t fight off the infection alone. My doctor told her I had a 50/50 chance of surviving it. I would either get better in the next few days or I wouldn’t make it. I was in the hospital for a little over a month but I came out of it with just scars on my lungs. The antibiotics saved my life and I was on them for a long time after that.

The only cure for aplastic anemia is a bone marrow transplant, but you can still relapse after a transplant. I have not had a transplant because it is very risky. Your body can reject the new marrow and kill you. I’m now 15 and I’ve been on immune suppressant medicine for almost two years now. After 80 bags of blood (about 40 transfusions platelets and red blood), I am transfusion independent (free from transfusions), and have been for about a year. My blood hasn’t been at normal counts since treatment. I was recently weaned off some of the medicine and my platelet counts dropped close to transfusion range so my doctor’s are putting me on more of my medicine. I am technically in partial remission, but I am still on treatment. 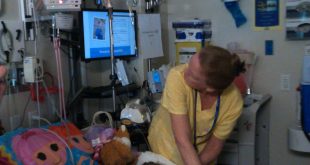 Like many, my story begins with a series of symptoms that could be linked to …