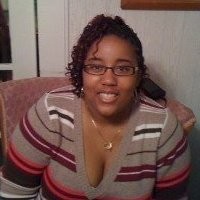 Where do I began? I started my period at the young age of eight. Now, as you can imagine, I was scared out of my mind. Right off the bat, my mother took me to the hospital because they assumed someone was sexually abusing me. That was the worst experience ever!

From the first day of my period I would have unbearable pain. The pain was so horrible that I stayed out of school at least two to three days a week. When I went to my mother she would give me pain medication as she thought it was just cramps. This pain had become a part of my life that I coped the best I could with and I thought that it was normal.

As I got older, I realized that none of my female friends were ever in as much pain every month as I was. After seeing that my life and pain was definitely not normal I started going to the doctors and asking them what in the world was wrong with me. Well, my success with doctors was not good. Every doctor I went to either gave me birth control pills or other remedies that did not work. I finally started trying to diagnose myself. When I came across the word endometriosis and the symptoms, I immediately said to myself ‘this is what I have’.

While visiting doctor number 9, I explained to her the symptoms I was having. Vomiting, diahrrea,sharp pains in my side, headaches, and the list could go on….she stops me and says ”well if it is endometriosis just get pregnant and it will help things out”…..(blank stare). I was dumbfounded by that comment and just gave up hope.

Time went on and I finally met the love of my life. We started talking about having a family and the whole shabang! After about a year of trying to conceive, I said maybe I need to go to the doctor and see what the deal was. So doctor number 10, here I come. When I met my new doctor she immediately listened to me and heard my cry for help.  She sent me through a series of tests and everything was coming back normal, except I had two fibroids. She said that since she couldn’t figure out any other reason for me not getting pregnant she would go in to remove the fibroids and hope that I could get conceive afterwards.

Well surprise, surprise…when I go to have my surgery to remove the fibroids, I was diagnosed with (severe) stage four endometriosis. My doctor said she could not touch it because she was not going to mess up anything worse than what it was. I could have just died. She showed me the pictures and the anatomy of my reproductive system. The pictures looked like it could be on discovery health or something. My right ovary was on top of my uterus. The left ovary was wrapped around my colon and was attached to the back of my uterus. My appendix was completely covered in endometriosis. All I could do is cry and wonder ‘why me’.

The next step now was trying to figure out who could correct the problem. I mean, here I am 27-year-old and wanting babies. My doctor called me and said she found a doctor in Atlanta at the Center for endometriosis care. At this point I told her I would run there, if they would take me. When I called, they scheduled my surgery right away, for October 12, 2011. I had my surgery and when I woke up, my left ovary and tube had been removed. My appendix was taken out, two eight week old (in size) fibroids had been removed, and my anatomy put back together the best way possible. I am now given a 50% chance to conceive.

From that point on, I said that I have to advocate for women and young girls who are suffering as I did. A painful period is not normal. I want to speak out because I feel like if more people and doctors knew about this disease, the severity mine and many others would not have to get as bad, especially to the point of a hysterectomy at a young age. I have seen and heard horror stories where young women go to doctors and because of the lack of knowledge they are given hysterectomies, no hope, and still in pain. This disease has been HELL in my life for well over 19 years and no one should have to suffer the way I did. I am now five weeks post-op and I feel like a brand new woman.