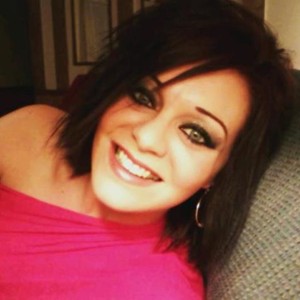 My name is Amber, I was diagnosed with Crohn’s/Colitis when I was 17. I had a few near death experiences at my young age but never any major surgeries.

I got married at 22, and in two years I had two beautiful little girls. I started getting extremely sick and was taken to the hospital. My small bowel ruptured and I had to be taken into surgery. Two weeks later, after finding that I was loosing a lot of blood, I found out I had three holes in my colon, which brought on another surgery. My colon was removed and I had an ileostomy placed. I got to go home for a short time until we found out that my incision was full of infection, this required another surgery. I was sent back home a few days later but my stomach started hemorrhaging. I was rushed to the hospital. I was put into the ICU. Two days later I found out I was bleeding internally. I had to be life flighted. Before my flight, my left lung collapsed due to a central line in my chest. I was taken to a trauma center where I had a six day stay. Coils were put in my rectal artery to stop the bleeding and a chest tube was also placed.

A few months later I was told I had Cancer on my spine, the doctors found a tumor. A few months later I was having my lower spine reconstructed. The tumor came back benign. At this time I was also going through a divorce. I have had eight surgeries in 16 months. I had many ICU stays, blood transfusions, and many times where I was near death. I am proud to say “I may have had many surgeries, and I may have come ever so close to death, but I AM ALIVE!!!”

I have two beautiful and amazing girls, and I am one proud single mommy!! I am in school working on my degree in corrections. I want to be a probation and parole officer. I also would like to get my story out to reach others and give them inspiration, I want also to be a speaker. This is not by any means my full testimony, but I hope it has touched you somehow. Stay strong everyone, it can be done! I have a life treating disease but it has NOT beaten me…I AM A SURVIVOR AND I WILL WIN!!!!