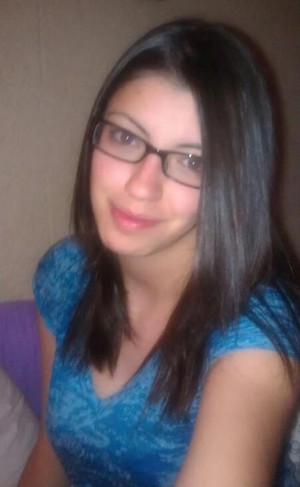 So I’m starting my blog with this topic because it’s the most import part to me. My education is pretty much everything to me. As I said in my “about” page I’ve been blindly struggling with endometriosis since I was about 13 years old (when I first started my period). Until I was about 16 and in grade 10/11 I had the worst cramps EVER! I wouldn’t be able to get out of bed for the first couple days of my cycle, thus missing school.

If this wasn’t bad enough I started getting the same cramps even when I wasn’t on my period. Becoming concerned my mother took me to see my doctor who sent me to a gyn. After many hospital visits a complex ovarian cyst was found. A complex ovarian cyst is pretty much a bubble that is growing within my ovary, but unlike a normal cyst that is filled with water, mine was filled with blood. This made it very painful.

The first semester of my senior year in high school the cyst grew to the size of a golf ball… this made my ovulation time EXTREMELY painful. This pain on top of the endo I wasn’t aware of meant I missed a whole month straight of school.

When my cyst had finally popped I and my doctor were hopeful that all my pain was over and I returned to school. Missing a whole month had put me behind a lot, and with colleges looking at my grades I was completely stressed out with catching up, and a lot of my teachers were sure I wouldn’t pass my classes.

Thankfully my guidance councilor worked magic and got me a lot of extra credit work and I was able to pass my classes that semester. The great thing was I had fast tracked and taken some classes the summer before and had enough credits at that point to graduate a whole semester early.

But as second semester came around I started having the sharp cramps in my side again.  So I saw a doctor and had an ultrasound thinking another cyst had grown. When a cyst wasn’t shown the doctor seemed to think the pain was all in my head.

I was spending a lot of time in and out of the hospital by this time, and all the doctors just thought I was a teenager looking for a drug fix.  So I got a referral to a new gyn who put me on birth control for the pain she thought was just all about my period.

The birth control seemed to work and I went back to school and graduated with my class. Wanting to get away from my town I accepted a college offer from St. Clair in Windsor ON to study Travel and Tourism. The reason I had applied to this program five hours away from home was because it included a six month co-op at Disney World in Florida. So at the end of August my family and new boyfriend packed my life up and moved me.

I was enjoying my studies in Windsor and was excited to work at Disney. I started having the side pain again but I just ignored it, partly because I wanted to have a normal college experience and partly because I didn’t want my new friends to think anything less of me.

I ended up coming home for Christmas break a week early to see my Gyn when the pain just kept getting worse. I explained to her that I was missing classes regularly because I wasn’t able to move. She sent me for an ultrasound and gave me some pain medication. Once again the ultrasound showed nothing so she sent me packing.

Once I was back at school the pain just kept getting worse and worse. So in February I broke down and got my roommate to take me to the hospital. The ER doctor told me I had kidney stones and put me on a IV for a couple hours and sent me home. My parents drove the five hours to my residence and took me home for a week to pass my non-existent stones.

While I was home a lady I used to babysit for mentioned to me that she had endometriosis and our symptoms seemed the same. So I booked an appointment with a new female doctor for two weeks later. After missing a week of school for no reason I had to come back two weeks later and miss more school for this appointment.

Long story short this doctor agreed the symptoms did point to endometriosis and sent me back to my Gyn to discuss diagnoses. As I mentioned before the only way to diagnose endo is a surgery… she refused to do this surgery on me claiming I was too young at 18 to go through it. She put my on the Depo shot, a birth control needle that completely stops your period using hormones that actually weakens bone density.

Not being able to handle the pain on my own in Windsor, I dropped out of school a month before completing my first year of college. So as all my friends packed up and moved to Disney I was moving back home and applying to colleges in Toronto. I accepted Special Event Planning at George Brown College.

I spent my summer working at Wonderland full time as a hostess. My boss started getting annoyed with how often I was calling in sick. To top it off, when I wasn’t working I was in bed in pain and was hardly able to follow through with my summer plans with friends and my boyfriend.

So as September came I started a new job five minutes away from home and started at my new school. But my side pain just kept getting worse, to the point where I had been in school a whole month and had yet to attend a full week of classes. So I sought out another Gyn for a second opinion.

He was instantly shocked at how long I’d gone without being tested for endo and sent me to his surgeon friend the next day.. another day of school missed. The surgeon booked me in for my laparoscopy two weeks from that date.

So my surgery came.. It was booked for the Thursday before my reading week so I had a week off school to recover. The problem was it took me two weeks to be able to finally move around on my own. Meaning I missed my midterm week… Most of my profs were good about it and with a simple doctor’s note gave me time to come in and write the midterm when I was better. In math however, I wasn’t as lucky… My prof truly believed I was lying about the whole thing and that I wasn’t sick at all..

So it’s been about four months since my first surgery and the pain has continued to get worse. The big problem is my program is completely based on group work, and with the fact that I am pretty much only attending school 1 or 2 days out of the week I feel like I’m completely failing at being a good group member. This semester my grades are dropping, and I feel like all I’m ever doing is flopping on my group work and plans with friends..