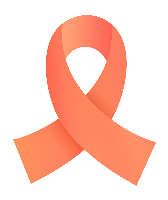 I’m 33 years old, almost 3 weeks into my recovery after abdominal hysterectomy. I began going to the doctor in 1998 for pain, irregular bleeding, and unexplained weight gain. I was told for years that the irregular cycles were normal, the pain was imaginary, and the weight gain must have been simply bad eating habits, and that I must have been a couch potato. For years I suffered from depression. I was struggling with trying to stop gaining weight, and having such horrible, constant pain.

Finally in 2004 I saw a new doctor, who eventually diagnosed me with polycystic ovarian syndrome. However, I was still told that the pain was imaginary, and that the weight gain was my own fault. I was put on birth control, even though I desperately wanted children, to regulate the cycles. This worked, but when I would have the cycles, they would be so heavy I would end up in the ER, anemic. The doctor ended up taking me off birth control and told me the cycles would eventually work themselves out and become regular.

In December 2011, I began having severe pain. It was so bad that I would have to pull over multiple times on my way to work just to stop the bouncing of the car. I couldn’t sit at my desk for an 8 hour work shift. I would be in tears from the pain by the time I drove home. Still, I was told that I was imagining the pain. I was treated like a drug seeker, although I never asked for pain medications. I just wanted them to fix whatever was wrong.

In January 2012, I was in the ER again with severe bleeding. During an ultrasound, they found polyps in my uterus. They referred me to another gynecologist, who told me, again, that everything was fine and would work itself out. I was put on progesterone to stop the bleeding. (I had been bleeding for about 3 months at this point.) Eventually, I told the doctor that I was so tired of dealing with everything. I still desperately wanted to have kids, but at this point, I had been trying for over 10 years with no success. I asked for a hysterectomy. The doctor was reluctant, and tried to talk me out of it by telling me that I would have to consent to a biopsy first, and explained that the biopsy would be extremely painful, and nothing would be done to numb me or reduce the pain. I explained that I had been in pain for years, and a few minutes of pain would be worth it if they agreed to end the pain.

I got a call a week later telling me I needed to be seen right away. I went in and was told that I had complex endometrial hyperplasia with atypia, as well as finding pre-cancerous cells. I was then sent to gynecology oncology, and I was told I needed a hysterectomy right away, and that there was a 33.3% chance they would find a tumor when they opened me up. Fortunately, no tumors were found, so no chemotherapy is needed.

I was told that if this was caught years ago it could have been reversed. If someone had just listened to me, maybe instead of having a giant hole in my stomach after having my reproductive organs ripped out, I could be holding a baby in my arms. My advice to everyone is to listen to your body. If your doctor doesn’t listen to you, find another doctor. And another, and another. Find someone who will listen to you, and push for tests to be run. If something is wrong, never give up trying to get answers.