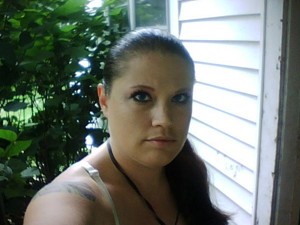 Hello, I’m Stephanie. At the age of 27 I was married to my second husband for only a year. I had 3 children under 8 and 4 stepchildren, all close to my children’s ages. I was a full-time nurse and my husband worked in a local factory. Life was very hectic, to say the least. While working a 12-hour shift, I started having severe abdominal cramps. I was thinking it was just the normal constipation I suffered from and took over-the-counter medications for. Three days later when the pain was worse, I finally broke down and called my doctor. He asked when the last time I had used the bathroom and I had to stop and think – hmmm…sheepishly, I answered ‘about 9 days’. As a nurse, I knew how serious this could be. My doctor told me to come to his office immediately. My husband met me there and I had x-rays done in the office. They showed an intestinal blockage where my small and large bowel meet. If I only knew what a journey this day would prove to lead me to.

When I left the doctor’s office, I had to take the medicine you would normally take as a prep for a colonoscopy. To my dismay, it didn’t work! I knew then that something  was really wrong. The day after my doctor’s visit led to my first hospitalization for colon blockages. My gastroenterologist, who is someone I had known most of my life, knew I was waiting for my hospital insurance to kick in, so he agreed to put off my much needed colonoscopy until my insurance was active. This may have been a big mistake on my part.

We scheduled my colonoscopy for mid-July; this was still early April. Over the 4th of July weekend, I was hospitalized the third time for colon blockages in the same spot, despite heavy doses of prescription laxatives twice a day. This was worse than I had originally thought. When I was released on July 4th, I called my work to tell them when I would be back to work, and they told me we would have to have a meeting before I could return to work. On July 12th, I went to the meeting, on my daughter’s birthday, only to get terminated for missing too many days of work for my hospitalizations! The next week was my colonoscopy. I remember waking up and looking at my husband’s eyes and knowing it was horrible. The doctor had told him my entire large intestine was useless, enlarged, dilated, and non-functioning. They did not know the cause of what is called a ‘toxic mega-colon’. My gastroenterologist arranged for me to go to a larger city to a teaching hospital and a ‘good’ surgeon. The ‘good’ surgeon (I liked my surgeon in our town) sent me for crazy embarrassing tests and only met with my husband and I twice. He made assurances and promises that this ‘routine laparoscopic surgery’ would go off without a hitch and I would be in the hospital for about 10 days. All these tests and appointments took two months.

The day of my surgery arrived and I had a terrible feeling of doom hovering over me. I remember saying goodbye to my mom and husband as I was being wheeled away and wishing I could just get up and run away. When I woke up from surgery my abdomen was in the worst pain ever. I looked under the sheets to see that I had been cut from about an inch and a half above my navel to my pelvic bone. I remember saying ‘Laparoscopic, hell!’, before passing back out.

Since we lived two hours away, my mom took the first shift of, I think it was, three days of sitting with me. All I remember of that time is writhing in bed in excruciating pain and the pain pump medications not easing my pain at all. My mom finally argued enough with the medical resident doctors and they finally gave me  morphine. One of the residents told my mom that he had done my surgery, not my surgeon!! He also said that by the time the surgery had been performed, my large intestine had completely died and I was at risk for sepsis if he had gone ahead laparoscopically.

After my pain was managed, the doctors said I did great and released me after 5 days, not the 10 expected. I barely remember any of this or the months following. Less than a week after my release I was so sick that my husband had to physically get me out of the shower and dress me to rush me to the local hospital where my mom was at work and waiting on us in the E.R. I was so sick that they started an I.V.  in my neck to give me the morphine and nausea medicine to get me to stop screaming and vomiting. I remember my gastroenterologist saying, ‘She is too sick to die, she will have to get better before she can die’. This was right before inserting a naso-gastric tube in through my nose into my stomach without sedation (I remember that because it was excruciating). That night, I hung on by a thread while they surgically inserted an I.V. line in my arm and did an emergency colonoscopy.

During the colonoscopy, my gastroenterologist discovered a ‘kink’ that the surgeon put in my intestine where he had sewn the two ends together and had to dilate it. There was no sedation heavy enough to keep me asleep and my surgeon had no time to wait on an anesthesiologist. I remember seeing him cry as he did it and I screamed. I almost lost my small intestine during this time because my surgery had been done poorly. My surgeon was consulted and they agreed to send me home because of my advanced directive. There was nothing they could do in the hospital except keep me comfortable and wait and my family knew I wouldn’t want to die there. During all this, it was my mother, not my husband, by my side every time I woke. As the nurse came in to discharge me and remove my I.V., I remember telling her to look at what I could do to my incision. When I pressed beside it, I could make it look like a water fountain. She never removed my I.V. My surgeon was at the nurse’s desk writing my orders for home when she reached him. He came to my room with some gauze, a syringe, lidocaine, and a scalpel at a run, throwing on gloves as he ran. He numbed around my healing stitches. Then while I was watching, he used the scalpel to open the top half of my stitches to reveal an abscess that proved to be a deadly staph infection called MRSA. I was sent home a few days later with a dressing that had to be ‘packed’ in the wound so it would heal from the inside out as well as high powered antibiotics.

It wasn’t two days and I was back with what I knew was an abscess in the lower portion of my incision. This time my surgeon had time to take me to surgery to do the incision and drainage to finish opening the rest of my surgical site up.  I ended up with what they call a wound vac and it does exactly what it sounds like it would. A special packing material is put inside the wound, with an outer dressing that hooks to a portable suction machine so I could move around. During this time, still no husband. I spent almost 5 months recuperating at my parents house with my children. For the first 2 1/2 to 3 months the doctors weren’t sure if I would live, and my husband told my mom to take care of me – all while he moved his buddy into my childhood home and did God knows what. My mom bathed me, took care of my kids, and worked full-time. My disabled dad sat with me during the day, just talking to me to help me keep my grip on reality, because I was hallucinating half the time. I had a home health nurse three times a week for excruciating dressing changes. All my husband did was ‘monitor’ my pain medication intake by taking the bottle with him and leaving me with how many he thought I should have a day, to keep me ‘from getting addicted’!!

I was almost completely well and at home, when I fell mopping my kitchen floor. My husband had demanded I mop, and I ended up breaking my left fibula, which is the weight bearing bone. Because of the MRSA (it will always be in my body now) I couldn’t have pins put in, so I spent 12 weeks on crutches in a cast. My husband said I did this on purpose to get pain medicine!!! I had no job, three kids to take care of, and my husband, his kids, and his buddy had taken over my house and my life, treating me and my kids like crap. One day my dad came over, and bless his soul, put them all out. My dad helped me get by until he died in 2010 . I’ve been trying to get my disability since 2008, to no avail so far. Since my surgery, I gained 100 pounds because of the medications, developed severe fibromyalgia, severe migraines, hypertension, a fast heart rate, swelling in my extremities, and several different forms of arthritis. I have so many stomach problems I can’t list. I already suffered from bipolar disorder and anxiety that intensified, and to top it off, I take 20 different medications a day now.

Last month I graduated from college with a double Associates degree in Office Administration and my divorce was final in 2010. My children are thriving. I have my bad days where I can barely move, but the good days are worth it. I faced death and beat it!