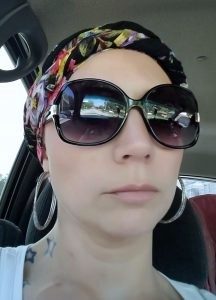 I am 32 years old. I found out I had stage 4 colon cancer that had spread to my liver. Finding out was not easy for me. I went to the ER due to stomach pains and excessive vomiting. Turned out, I had a big mass of cancer blocking my colon, making me unable to make a bowel movement, which was why I was vomiting. I don’t remember anything, but all I know is what I was told.

After getting to the ER and being admitted, two days late, I was scheduled for a biopsy. I left for the biopsy, and that’s when things went wrong. They decided to go another way, which made me perforate. So then I went into emergency surgery, where they had to resuscitate me twice. This led to the doctors having to leave me open for 2 days because I was not well enough for the surgeries to keep going. They told my family that I was VERY sick and was likely not going to make it, so if anyone wanted to see me, they should. I had no idea what was going on. I was on life support for 2 weeks, and when I woke up is when I learned what had happened. I only remembered going to the doctor, nothing else.

I finally was well enough to leave the hospital with a walker. I was able to walk when I went in. I was healthy, I thought. But the month I was in there, it felt like I lost everything. I could not feed myself, walk, or barely talk. I lost 50 pounds during my stay.

Then came the chemo, of course, after they thought I was well enough to start. I’ve been doing chemo every other week for the last 5 months. The doctor says I will do chemo forever. Does not sound fun. But I have 5 kids and a husband to live for. I found out a few appointments ago they expected me to die before making it to the follow up appointment. I thought they were going to let me die at home and not say anything to me. But I’ve made it, and even though I’m no longer the independent shipman I used to be, I am happy to be here with my family and thank God that I have a loving husband that is willing to take over my duties when I’m down. 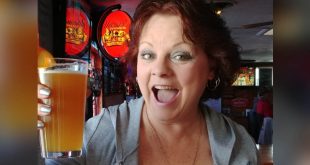 In 2015, I was dying. Unaware that adenocarcinoma was growing in my colon, I thought …