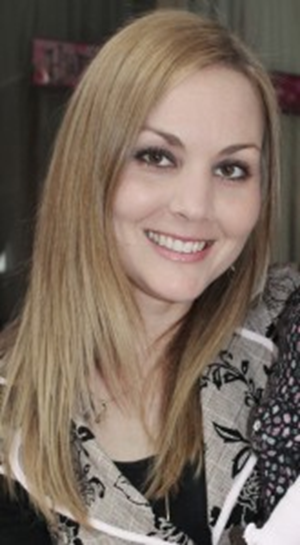 This is my story: I thought battling my life threatening illness would be the biggest challenge of my life, however I did not know I would have to face another. What was supposed to be a family getaway instead ended with police knocking at the door. I am still haunted by the night my own husband launched an attack which left me fearing for my life. I thought he was going to kill me. Not a single day passes where I am not haunted by those images.

We were staying at a bed and breakfast for my husband’s 31st birthday when the nightmare began. Despite our four and a half month old daughter sleeping in the next room he launched an hour long attack on me on October 14, 2012.

He backed me up against the wall, wound a towel tightly like a rope, and whipped me across the face. I fled to the bedroom but he followed me while grabbing me by the throat. That was when I became really scared. I couldn’t breathe. I looked at him begging with my eyes for him to let go, but he was too strong, I couldn’t push him back. This was not the first time he had been violent during our four year relationship (which continued during my pregnancy). He had completed a men’s behavioral change course and sought other professional assistance, but the violence continued.

My husband stopped strangling me before I fell unconscious. He slapped me which caused me to lose hearing in my right ear for a day following the attack. He dragged me to the ground, wrenched my head back by my hair, stared into my face, and called me degrading and vile names. At one point during the attack, he noticed my cheek was bruised and he pushed a sopping wet towel onto my face. When he finally allowed me to get dressed he continued to berated me with offensive names. Before leaving he stared back into my eyes and swore he would hunt me down.

For the first time I called the police. My injuries healed in the weeks following the attack however stress aggravated my rare life threatening disease called Wegener’s Granulomatosis, which I have battled with for a decade.Twice I was hospitalized, leading doctors to increase my dose of daily chemotherapy medication.

Last month I bravely faced my husband at a Magistrates Court. A doctor testified that I had suffered significant trauma and the bruising around my neck showed finger marks. My husband was convicted of recklessly causing serious injury. I broke down in tears when he was convicted and jailed for 14 months with a non-parole period of eight months. I should never have had to fear violence of this kind from my husband. Two weeks later I filed for divorce. I had been embarrassed, frightened, and had kept the violence secret from my family and friends. Now I have chosen to speak about my experience to encourage other women to seek help.

Love from a man should not leave you bruised lying on the floor, violence is a choice and it is always unacceptable. I hope to inspire change and impact other women’s lives that are experiencing violence to realize that they have the right to be treated with respect and not be physically or emotionally harmed. 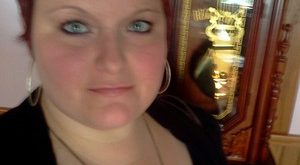