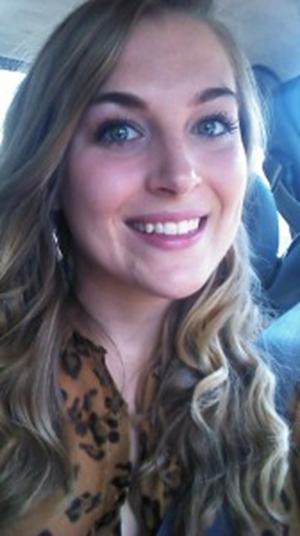 Hi, my name is Kayla. I am currently 22 years old and at the age of 16 I was diagnosed with interstitial cystitis (IC) after a few years of battling with UTIs. I was wrote off by many doctors as just having a bladder infection, that is until the day I met with my OB/GYN. She was very thorough and didn’t overlook me because of my age. I underwent a cystoscopy which revealed hemorrhaging spots in my bladder which meant interstitial cystitis. I started doing installations and taking Elmiron which helped for a while.

A couple years later I went to my OB/GYN after a visit to the ER because I was having such horrible pelvic pains. They seemed to come around three days before my period and a few days after it. My cramps were awful and the bloating and migraines were a big inconvenience. She did a pelvic exam and I told her my symptoms. After she went and grabbed a pamphlet, she told me she thought I had endometriosis. She also said that she wanted to schedule a laparoscopy. I had no clue about what she had just told me, but she told me to read the pamphlet and that someone would be calling to schedule my surgery. I went home in shock and did my research. I was surprised to see that so many people suffered from the same symptoms as me. I talked it over with my mom and a week later my surgery date was set. In the meantime my OB wanted me to start taking birth control continuously until surgery, which seemed to really help.

My surgery was set for May of 2012. The weeks counting down to it were full of impatience and nervousness. When I awoke from surgery my mom told me they found endometriosis. My heart sunk. Part of me was glad, glad that I knew what was causing me so much pain, but then the other part of me was angry because I was only 19 at the time and I didn’t feel like I deserved this. But I was told to continue my continuous birth control and that should keep the endo from returning.

Life went back to normal for me. I felt great for a few months after surgery, but around six months post surgery the ugly symptoms started reappearing. I hadn’t had a period in almost eight months but yet the pain came back and I was once again back in the ER feeling a sense of déjà vu. I decided to research endometriosis specialists, which is when I found Dr. Lessey and I set up an appointment to have a consultation with him.

I went into the office feeling extremely nervous, mainly because it was a fertility center and there were a bunch of pregnant ladies sitting around. Dr. Lessey himself came out to get me in the waiting area, which shocked me. He took me back to his office and joked with me about how huge my medical chart was for me being such a young girl, I was like yeah tell me about it. We sat down and he asked a bunch of questions. He told me that he would be able to treat my endo and also my interstitial cystitis. I was shocked that he even knew about IC because I was only there to see him for my endo, but he told me he specializes in treating both issues. He told me he has been researching and has found that there’s a definite correlation between IC and endo, and that him and a team of researchers at GHS had developed a study that uses blue dye to check for what’s called “indivisible” endometriosis. They found that in a lot of patients who did this study most of them had invisible endo on their bladder causing their IC symptoms to flare up. He showed me a video of it which was extremely interesting. Anyhow he recommended that he go in and have a look for himself and do the blue dye study on me. At this point the pain was so unbearable that I didn’t care.

My second lap was scheduled for a couple months later. When I awoke from this surgery I was told the dye showed tons of endo on my bladder, rectum, ovaries, and tons of other places. They were able to remove all of it just as they did last time, but this recovery was going to be more extensive because of all the cauterization he had to do on my bladder and rectum. He was right too. It was a rough recovery. I ended up getting a hospital-acquired bladder infection and lost about 15 pounds in the process (I was already 120 lbs so loosing 15 was a huge deal).

I ended up being hospitalized for a few days, got better, and started getting back to normal. During the surgery he placed a new form of IUD  called Skyla in my uterus which he hoped would help stop my period, but about two months later I was bleeding again so he recommended I try a hormone patch called Minivelle along with the IUD, I take that now continuously. Besides the hot flashes and awful mood swings I’ve been doing okay. My pain has started creeping back and it’s extremely depressing. The thought of having another surgery makes me want to cry. My biggest fear is not being able to have children. They say the biggest cure for endo is a hysterectomy, and I’ve had a few doctors even tell me that I need to hurry and have kids so I can have a hysterectomy. But I’m only 22, and kids are not in my picture right now. I also don’t think it’s right that I’m even having to decide between having kids or having a hysterectomy at my age. I should be out enjoying life and doing the things a normal 22 year old does, but instead I’m constantly worrying about putting on my hormone patches and making sure I have heating patches for when my pelvic pain flares up. It’s not fair.

I’m sorry for such a long post but I’m writing in hopes that someone else has gone through a similar experience and can give me some much needed words of wisdom in this area.
Thanks in advance 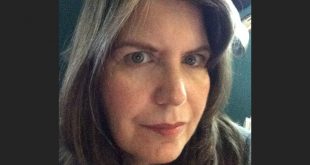 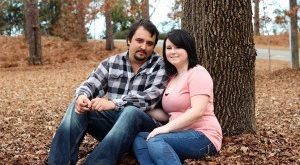 My symptoms hit the boiling point in the fall of 2013. I woke up one …