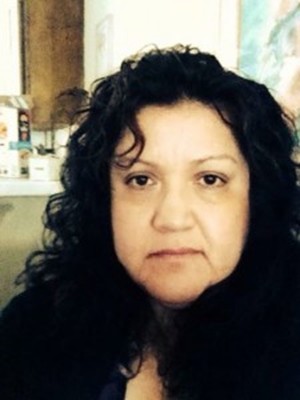 I was always a physically fit girl in high school and well into my mid 20’s. I danced and played soccer since I could remember. In my teens I was a size 2 and never weighed more than 115 lbs. Diabetes runs in my family so it was not a surprise that I was diagnosed at the age of 18. I learned to live with it and adjusted. When I graduated from high school I began taking classes to become a registered nurse. I went part time completing the courses needed for the program, since I had a son when I was only 14 years old.

During the course I felt tired but that was expected for being a young, single mother, working two jobs, and going to college right? When I actually began the nursing program itself my blood pressure and blood sugars worsened and I began to gain some weight. Doctors diagnosed me with stress, anxiety, and just being a typical stressed out nursing student that was over eating due to stress (although I wasn’t). I was still active, exercising, and eating right but I still kept gaining.

Finally, I finished and graduated with my associate’s in nursing and began work as an ICU nurse. During this time my weight kept increasing. Over a span of 10 years I had gained over 140 lbs. I went from a size 2 to a size 20. My blood pressure and blood sugars were out of control. I had frequent anxiety and panic attacks, and my ankles swelled to the point where my doctor’s thought I had congestive heart failure because I could not see my ankle bones. I experienced several fractures just from stepping wrong or putting to much pressure on one foot, my hair thinned, my face became moon shaped and I got a hump on my back. I also was treated for and diagnosed with major depressive disorder for which I was on medications for three years. My body hurt everywhere, my muscles, my joints, and I had chronic fatigue and body aches to the point where they thought I had fibromyalgia!

I was confused and scared. In the ICU where I worked the nurses I worked with where great but some doctors where judgmental of my weight telling me I should have gastric bypass. I went home in tears and I had at one point had given up. On a fluke, my sister was being tested for what is called Cushing’s disease because she fit the appearance of someone that had it. I mentioned it to one of my physicians and he said, “well I don’t think you have it, but we can test you too.” Sure enough, I came back positive and my sister didn’t. Due to the lack of knowledge of my condition, I was left untreated for a few more years.

I kept gaining and gaining and becoming more depressed. MRI’s were ordered and they never found anything wrong! I had literally given up and wanted to die! I will not lie when I say that I did think about it! I had never been so hopeless! I took a chance and changed my doctor.  After explaining to her what I had been experiencing, she contacted a neurosurgeon that specializes in brain tumors. Sure enough he found it. I had brain surgery to remove it in January of 2007 and and was in remission. I began losing weight and felt better and more alive. After two years though, I noticed the symptoms returning and sure enough, my tumor had returned. I went for a second opinion and had another MRI showing another tumor deeper than originally seen and so I had a second brain surgery in January 2011 at UCLA Ronald Reagan Hospital. Again, I was in remission. Unfortunately, I just found out my tumor is returning but it’s to small to find on an MRI! So my only options right now are medications with side effects, a trial that may only be 25% effective, or radiation. If all is unsuccessful, than a bilateral adrenalectomy.

I was in shock when I was told it was returning that I didn’t cry for a day. I felt depressed, sad, hurt, angry, hopeless, and alone. I still have my moments, but I have chosen to keep fighting because I have never been one to given up. I am learning to let go of fear and trust God for my outcome. I just hope I can help shed light on Cushing’s disease and help someone whom may be experiencing what I have. Sadly, to start a diagnosis, it takes only one blood test, so don’t be afraid to ask if you experience any of the symptoms I have had to get it done. Keep fighting girls for whatever condition you have, because someone else out there has it too.