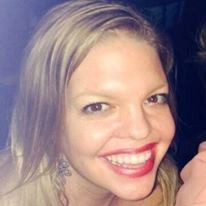 I am a breast cancer survivor who just celebrated my second year anniversary of being cancer free. My story is not short, but definitely worth the read, and I promise you will smile in the end–PROMISE!

So, here is my story:

For as long as I can remember, I have wanted to be a mother. It took me until my mid 30’s to actually find the perfect man and start making that dream of mine into reality. After dating for a couple of years, we moved to a new state together. A ring came soon after, and I was ecstatic to start planning a destination wedding. For months, I immersed myself in all things ‘wedding’: venue, flowers, guest list, dress… For all of you that have planned a wedding, you know the list is endless. About three months before the big day, I decided to go see my general doctor, as there were quite a few things that I wanted to discuss. Wanting to look my best on my wedding day, I asked if she had any safe weight-loss tips and a referral for a dermatologist to make my skin flawless for pictures. I also wanted her to do a general check-up so that I could be confident I was as healthy as possible for pregnancy. My plan was to conceive as soon as possible after we were married, like the first day of our honeymoon!

My doctor had many suggestions that addressed each of my questions and referred me to others that could help me look and feel amazing for my wedding day. She also suggested that I get a baseline mammogram, even though I was younger than the suggested age for screening. She said, “Why not? It looks like your insurance will actually cover it, and you might as well…” When I finally called to schedule the test, it was the last thing on my ‘health to-do list.” It was 75 days before my wedding.

When they told me that I needed to get an ultrasound after the results of my mammogram, I was not too worried. Multiple people told me that this was very common. These tests always came back funky. When I was lying on the table during the ultrasound, the nurse quietly excused herself. I was still not worried. It was when the doctor literally ran into the room and asked, “Why are you here? What are your symptoms?” that I begin to get a little concerned. I told him that I had no symptoms and that I was just coming in for a routine check. He looked shocked, pointed to a large dark mass on the screen and said that I needed to get a biopsy. I asked him if it was something to be concerned about. He put his hand on mine, looked me in the eye and said, “I am concerned.”

So, the diagnostic center called me the Friday after the biopsy and told me over the phone that I had breast cancer. As she named a short list of breast surgeons, all the blood drained from my head. She said to tell them I had ductal carcinoma in situ and best of luck. As I shook with shock, I called the first doctor on the list and made the soonest appointment for Tuesday of the next week. That weekend was the scariest day of all because I did not know what I was up against. Was I going to die? Was I going to lose my hair? Was I going to have to go through chemo? Was I going to make it to my wedding?

My fiancé and I sat in front of the breast surgeon as he explained that, in his opinion, my only course of action was to get a mastectomy on my left breast, including the nipple, and it was my choice whether to keep the right breast or take it off as well. After an extensive explanation of the specifics of my disease, what the surgery would entail, and expectations of recovery, I told him that I understood what needed to be done. I had a wedding in two months, and I would reach out to him as soon as we were back from the honeymoon to schedule the procedure. He shook his head and said this could not wait.

My fiancé and I were still in shock as we called our family and closest friends to give them the tragic news. I did not cry that day, not in front of anyone, or as I spoke with people on the phone. After all the calls had been made and my fiancé had gone to sleep, our beautiful, sweet German shepherd jumped onto the couch next to me. She never, ever laid there, as she was not allowed on the couch. It was then that I laid my cheek on her side and began to cry. I cried and cried and cried for hours. When I gained my composure, she was so soaked with tears that she shook like she had just had a bath, and my tears rained back over me and all over the living room. I was not going to let this beat me. I was going to quit crying and fight. I would make it to my wedding. I would have babies with my husband. I would live the life that I had always wanted. Cancer was not going to beat me.

Ductal carcinoma in situ is the most common form of breast cancer and is seldom fatal. Some doctors and scientists even classify it as a ‘pre-cancer,’ and for these facts, I am blessed. They do not, however, make the treatment any easier. I got a double mastectomy, removal of two lymph nodes, and full breast reconstruction the next Tuesday, 64 days before my wedding. The plastic surgeon used AlloDerm skin grafts to accompany the implants so that I could avoid tissue expanders. This would mean that I would only have to have one major surgery and would have something to fill the bodice of my wedding dress. The first couple weeks of recovery were a blur, but as I became more cognizant, determination began to take control. I continued to complete my wedding to-dos while getting better, and as I boarded the plane for the destination venue, I realized that I was going to make it! Our entire wedding week was stunning. Everything went off without a hitch, and we had the time of our lives.

So, end of story, right? Well, there was still the ultimate dream of having babies. At that point, it had never crossed my mind that there would be any problem with this. Sure, it would take a little longer because I was going to need radiation treatments, but after that, I would be done. I could put cancer behind me and work on a family, right? When we returned home as a happily married couple, my oncologist informed me that I would have to start the drug Tamoxifen right after radiation was completed and that it was harmful to fetuses. I would need to take this drug for at least five years, maybe as long as ten. I may have been young for breast cancer, but in five years, I would be considered old for trying to conceive. He referred me to a fertility doctor, suggesting I may want to freeze my eggs and implant them once I had completed my drug treatment. Crushed, my husband and I made yet another doctor’s appointment with this specialist to get more information.

The fertility doctor blatantly pointed out that the chances I would be able to get pregnant in five years were significantly lower than my current chances (which, in his opinion, weren’t stellar in the first place at my age). As he perused through charts and graphs proving his point and what he thought my only course of action, my discouragement grew stronger. When he informed us of the cost and that insurance would not cover it, I felt my dream of having a family get snuffed out completely. It all seemed so unfair. I had stayed strong through all of this. I had done all of the things that I was supposed to do to fight. The only reason that I ever went get a mammogram in the first place was to make sure I was healthy and ready to conceive! Through this entire experience, nothing had crushed my spirit more.

And then, my husband gave me the best advice that I have received in all of my life. He simply said, “You don’t always have to do what the doctor says. You have a choice in the treatment you accept. It is your body.” This thought had never crossed my mind. In all my years, I had always followed the doctor’s orders. Wasn’t it too risky not to? Especially with something like CANCER? But, as long as I could remember, I had wanted to be a mother. Was there really a choice?

I decided to leave it in God’s hands and give myself six months. If within six months of trying to conceive I was not successful, I would begin taking Tamoxifen and look into adoption. We wanted to have at least two children, so I was going to have to be open to adoption of the second anyway. If I was able to get pregnant, I would begin to take the medicine shortly after the baby was born. I found an obstetrician who was on board, and we began trying to get pregnant. Can you believe that I got pregnant the very first time that we tried–and with twins?

I am now the blessed mother of two beautiful twin boys. My pregnancy was healthy, and I was able to carry them to term. Each weighed 7 pounds the day they were born and neither spent one minute in the NICU. We have all made it through our first year together, which is another crazy story in itself! I had one more surgery to create nipples and had them tattooed last month. I have been taking Tamoxifen since the boys were three months, and the side effects have been tough, but they sure beat having cancer. My oncologist has just let me know that I only need to come for checkups twice a year and that my chances of recurrence are quite low.

Thankfully, I have been able to change my main focus from recovery to motherhood. Cancer has given me a respect for life that I am not sure I would have achieved on my own, and it’s made me cherish every single moment that I have with my boys. I do, of course, have a great fear of recurrence, of having to go through this nightmare again. The fear of leaving my family before my boys grow into adults is even greater, making me weep at the thought. The ones grappling with the reality of these fears are the true fighters. Cancer is a beast, but I try to continuously remember that without it, I would not be where I am today, and I really, really love where I am today.