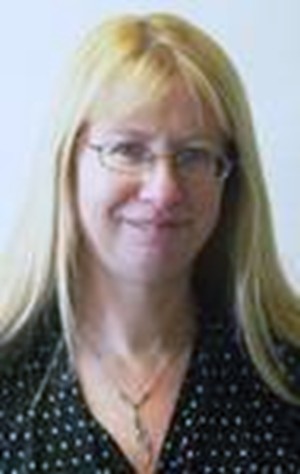 It started in November 2011 when I was 45, with pain in my left breast. It wasn’t even a severe pain, just a prickling feeling as if the plastic tag from a clothes label had fallen inside my bra. I ignored it for a few months, thinking it was the start of menopause, but the pain continued. We went to Jordan on holiday in March 2012, where my left breast developed a red rash, dimpling, and became hard and swollen. I thought it was just sunburn or a heat rash, but instead of fading when I came back home to the UK it got worse. A few weeks later my breast was so hard and swollen that none of my bras fit. I went to see the doctor, thinking she would just tell me off for wasting her time with menopause symptoms. I will never forget the look of horror on her face when she examined me and referred me urgently to the hospital. By then I also had swelling under my arm on the same side, but I had had a sore throat for a few weeks so thought it was just swollen glands from a virus.

At the hospital I had an ultrasound and biopsy. It was inflammatory breast cancer, a rare and aggressive type of cancer that often doesn’t have a lump and doesn’t show up on mammograms. It was Stage 3 Grade 3, HER2+ ER- PR- and had quickly spread to my skin and lymph nodes and was only just operable, but they caught it just in time before it spread to my bones, lungs, liver or brain. I was very lucky, as inflammatory breast cancer is so rare that it is often misdiagnosed as mastitis and doctors waste valuable time trying to treat it with antibiotics.

Most people with breast cancer have surgery first but I had to have five months of chemotherapy straight away to stop it spreading because it was so aggressive, then a modified radical mastectomy and all the lymph nodes on that side removed, followed by 20 sessions of radiotherapy in case it had spread to my chest wall or neck. I have just finished 12 months of Herceptin.

I carried on working through treatment, just taking a few days off sick after each chemotherapy and the operation. I’m a chemical engineer working as a safety consultant, and I was managing a team of seven other engineers and scientists.